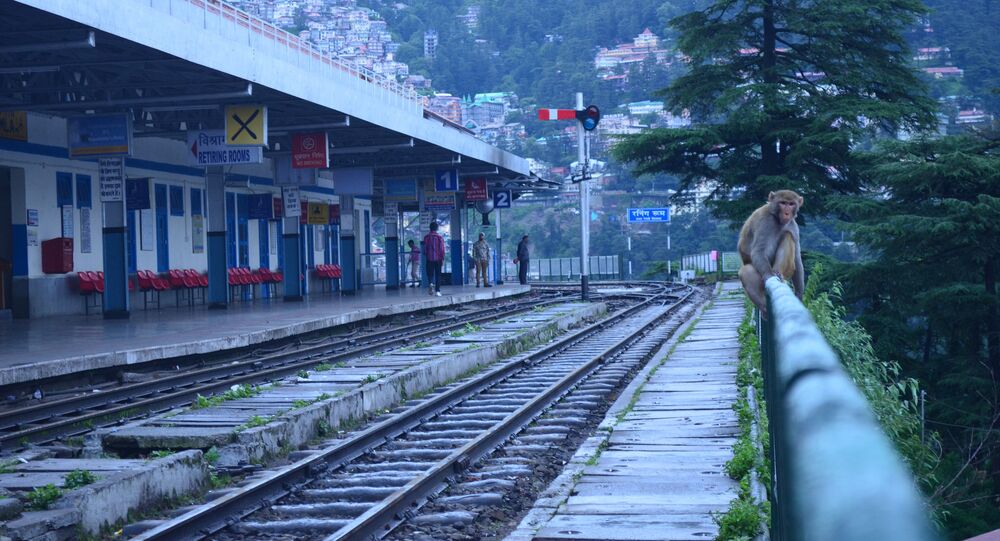 Monkey menace is not new to Delhi where the simians who often display aggressive and violent behavior, have harmed human beings in many instances.

NEW DELHI (Sputnik) — Indians are losing it over a video on social media of a monkey roaming inside a metro train in the capital city, New Delhi. What has made the video go viral is the nonchalant attitude of the monkey that moves around the train from one car to another as if looking for a seat while women passengers shriek in horror.

The video triggered a flurry of comments on social media with some accusing the authorities of failing to provide enough security to passengers.

Reports suggested that the monkey did not harm passengers but gave security personnel a tough time trying to shoo it away. A metro official told Sputnik that since the animal was reluctant to leave the train, the train had to be halted and passengers were asked to de-board. Security personnel had to bait the monkey by spreading eatables near one of the doors. When the monkey came outside the train to eat, the driver quickly closed the door and rode off. Another train was arranged for passengers to carry on with their journey.

Delhi Metro authorities have pleaded ignorance but one of the Spokesperson told Sputnik that an inquiry has been launched into the incident.

Monkey menace is not new for Delhi government. It has been at the receiving end of criticisms for not being able to protect human life from the simians who often display aggressive and violent behavior, harming locals.

The Delhi High Court in its 2007 directive had asked the local government to resolve the menace by catching the simians and relocating them to nearby jungles. But the task remains largely unfulfilled due to lack of experts in the monkey-catching business.