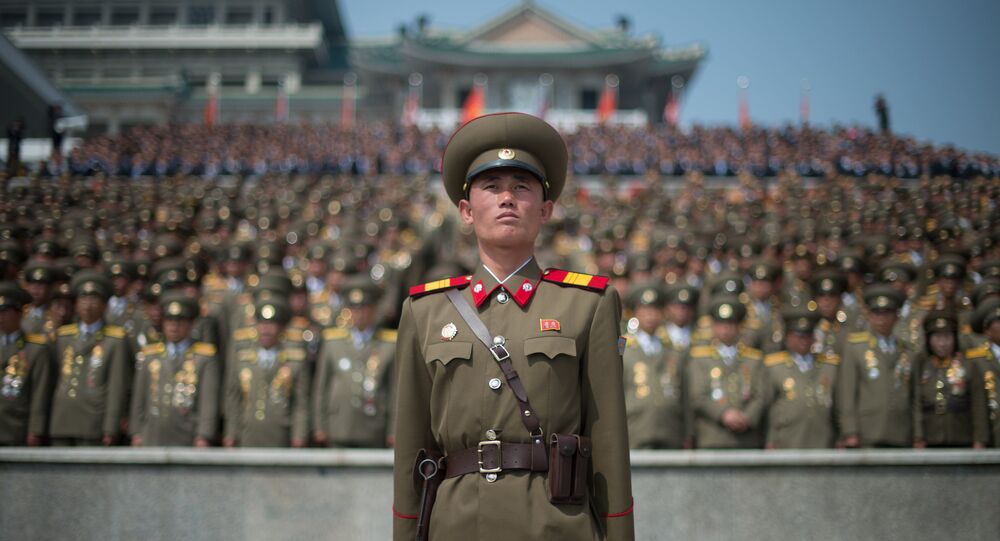 A North Korean ambassador slammed the new UN sanctions on Pyongyang and vowed that the US "will soon feel the greatest pain" it has ever experienced.

Pyongyang's ambassador Han Tae Song said at the UN disarmament talks in Geneva that the "Washington regime […] is obsessed with the wild game of reversing DPRK's development of nuclear force which has already reached the completion phase."

The North Korean envoy vowed that Pyongyang's upcoming measures "will make the US suffer the greatest pain" it has ever experienced.

The diplomat voiced his country's condemnation "in strongest terms" and "categorical" rejection of new UN Security Council's sanctions against Pyongyang, adopted on Monday as a response to North Korea's most powerful nuclear test conducted on September 3.

© REUTERS / Major Jeff Landis,USMC (Ret.)/Naval Base Guam/Handout/File Photo
North Korea Finishes Preparation for Guam Strike - Embassy in Russia
The UN resolution bans Pyongyang from exporting textiles while capping how much crude oil and refined petroleum products can be imported. Natural gas condensates and liquids are also included among the items North Korea is restricted from importing in excess of UN guidelines.