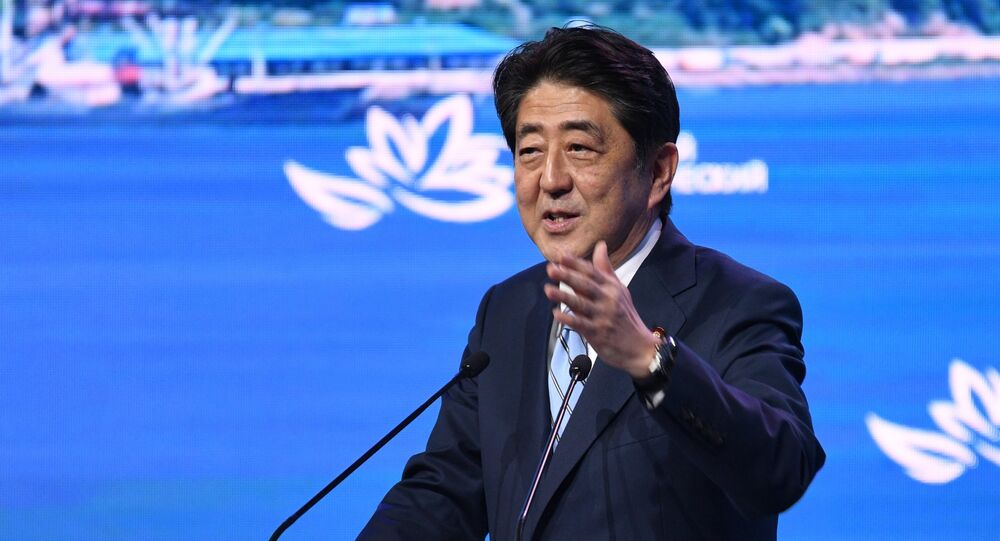 Japan's Prime Minister Shinzo Abe says that his country endorses the adoption of the UN Security Council resolution which extends sanctions on Pyongyang.

TOKYO (Sputnik) — Japan approves of the adoption of the latest resolution of the UN Security Council, which boosted sanctions on North Korea, and intends to work with the United States and South Korea, as well as with China and Russia on resolving the crisis, the country's Prime Minister Shinzo Abe said in a statement, obtained by Sputnik.

"I appreciate the unanimous adoption by all members of the UN Security Council of a powerful resolution 2375, which contains significantly stricter sanctions against North Korea… Japan, as a member of the UN Security Council, intends to closely cooperate not only with the United States and South Korea, but with the international community, including China and Russia, to ensure the effectiveness of the UNSC resolutions," Abe said.

The UNSC tightened the sanctions on Pyongyang on Monday, introducing ban on the country's textile exports and a cap on crude oil imports, while also forbidding imports of all condensates and natural gas liquids.

© REUTERS / Kyodo
China Reiterates Call for 'Double Freeze' Plan on North Korea
The sanctions came in response to Pyongyang's sixth nuclear test, carried out on September 3, with North Korea claiming it had successfully tested a hydrogen bomb that could be mounted on an intercontinental ballistic missile. A week before that, Pyongyang launched a missile, which flew over Japan's territory.

Pyongyang pursues its nuclear and missile programs in violation of UNSC earlier resolutions and despite concerns voiced by its neighbors and the international community.