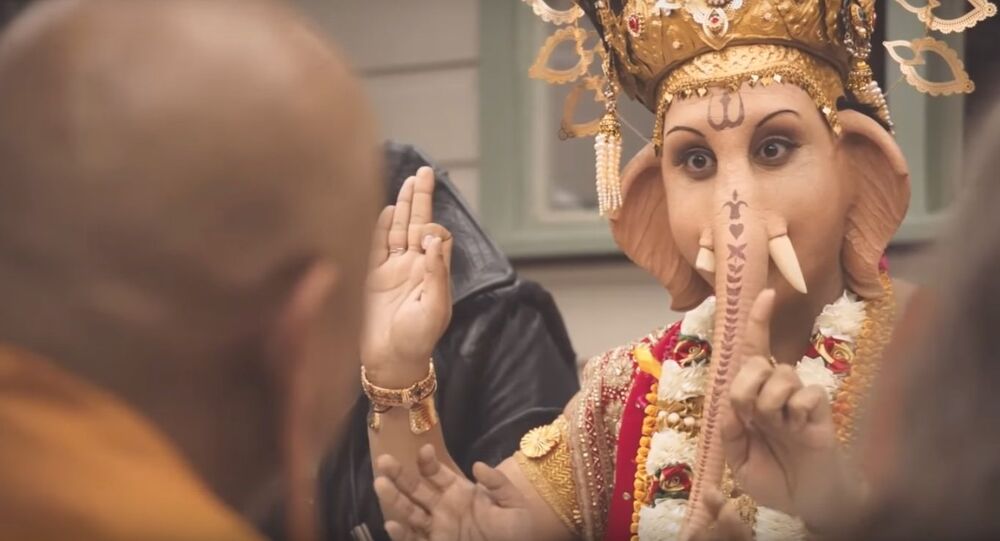 The Hindu religious community finds it offensive to associate any form of non-vegetarianism with the Gods.

New Delhi (Sputnik) – India has asked the Australian government to immediately withdraw an advertisement that shows Hindu Lord Ganesh and other deities promoting the consumption of lamb meat. The Indian government has said the advertisement by Meat and Livestock Australia (MLA) has hurt the feelings of Indian Hindus.

© AP Photo / Ajit Solanki
Food Tip for Foreign Tourists: Eat Beef at Your Home Then Come to India
"The Consulate General of India in Sydney has taken up the matter directly with MLA and urged them to withdraw the advertizement," it said.

Indians constitute the second largest group of migrants living in Australia, at 163,000, after Chinese-born residents. Several Indian communities' associations have registered their protest with the government of Australia and MLA.