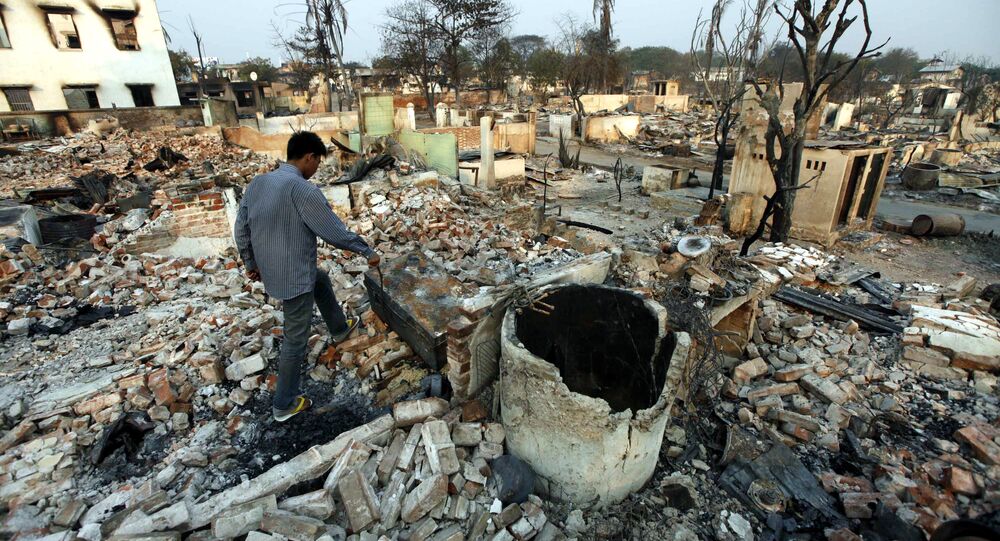 A group of extremist Muslim insurgents has declared a unilateral ceasefire in Myanmar for a month starting Sunday.

MOSCOW (Sputnik) — The Arakan Rohingya Salvation Army (ARSA), a group of extremist Muslim insurgents, has declared a unilateral ceasefire in Myanmar for a month starting Sunday, the group said in a statement.

"The Arakan Rohingya Salvation Army (ARSA) hereby declares a temporary cessation of offensive military operations in Maungdaw, Buthidaung and Rathedaung Townships for a one-month period (10 September 2017 — 09 October 2017) in order to enable humanitarian actors to assess and respond to the humanitarian crisis in Arakan State," the statement read.

© REUTERS / Mohammad Ponir Hossain
'Rook in Geopolitical Chess' Myanmar Exploits US-Sino Tensions in Rohingya Clash
The group has also urged Myanmar's authorities to reciprocate this humanitarian pause by ceasing its own military operations and to participate in assisting victims regardless of their religion and ethnicity.

"ARSA strongly encourages all concerned humanitarian actors resume their humanitarian assistance to all victims of the humanitarian crisis, irrespective of ethnic or religious background during the ceasefire period," the statement added.

In recent weeks, the tensions between the Rohingyas living in Myanmar and the local Buddhist majority have escalated after Muslim insurgents attacked security posts in the country’s northern Rakhine state, formerly named Arakan, and Myanmar launched a military operation against the insurgents. Nearly 400 people were killed.

The crisis has made dozens of thousands of Rohingyas leave Myanmar following the escalation. According to the UN World Food Programme (WFP), the number of refugees that have arrived in Bangladesh is estimated at about 146,000.

This is How Rohingya's 'Worst Crisis in History' Could Be Resolved