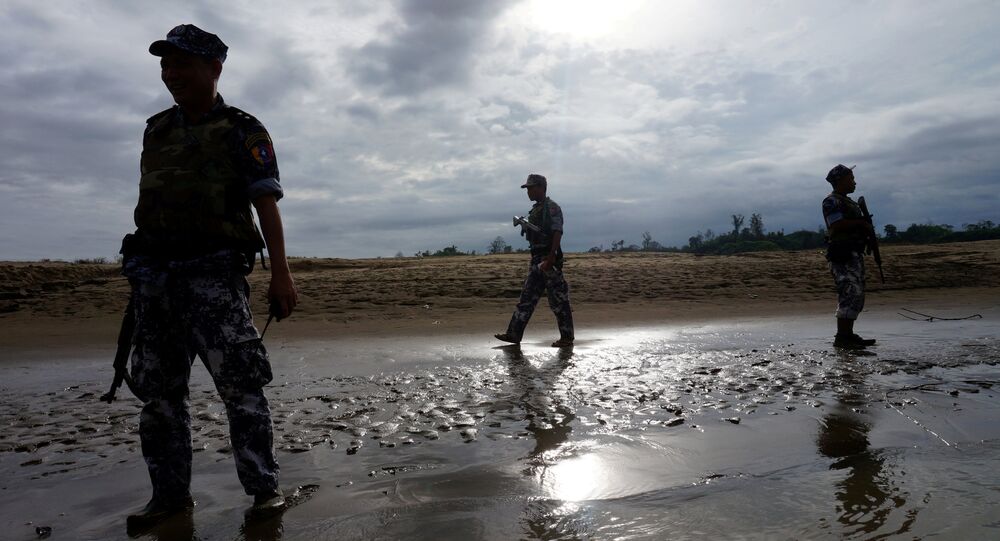 According to the Middle East Eye news outlet, Israel is adding fuel to the violent Rohingya crisis in Myanmar by selling arms to the government. The report comes as the conflict which has already seen hundreds dead and hundreds of thousands displaced is gaining momentum.

According to human rights groups and Myanmar officials, the Jewish state has supplied over 100 tanks, motorboats and other weapons used by Myanmar’s military against the Rohingya Muslims.

Israel’s Haaretz newspaper reported on Wednesday that arms deals between Tel Aviv and Yangon were in full swing despite UN and EU embargoes on the sale of arms to Myanmar.

The petition was submitted in January, after a delegation of Israeli officials visited Yangon to negotiate arms shipments to Myanmar.

Israel is not the only country supplying arms to Myanmar though.

On Tuesday, the United Nations secretary-general, Antonio Guterres, appealed to Myanmar to end its violent suppression of Rohingya Muslims which has already forced more than 120,000 Rohingya people to flee to neighboring Bangladesh.

The Rohingya conflict in Myanmar, which caught its second wind in August 2017, appears to be a crisis long in the making: the conflict between the country’s Buddhists and Muslims actually originates from the 19th century.

© AFP 2021 / JANUAR
UN Secretary-General Urges Myanmar to Give Rohingya People Legal Status
The latest flare-up between Myanmar’s Buddhists and the Rohingya Muslims, widely viewed in Myanmar as newcomers and outcasts, erupted in Rakhine state in August and has prompted a wave of protests across the world over what has been dubbed disproportionate use of force by the government.

This brings to 233,000 the total number of Rohingya who have sought refuge in Bangladesh since October 2016, when Rohingya insurgents staged similar, but smaller attacks on security posts.