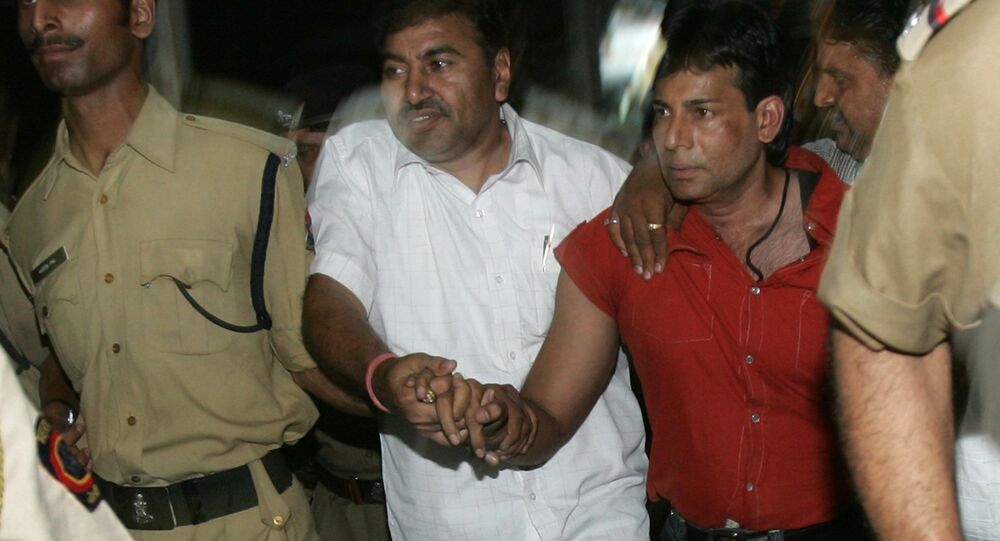 Two men have been sentenced to death and a third has received a life sentence more than 24 years after a string of bombings in India's financial capital, Mumbai, which were linked to sectarian tensions between Hindus and Muslims.

A leading member of the Mumbai mafia has been jailed for life and two others have been sentenced to death for their role in a string of bombings in 1993, which killed 257 people in Mumbai and injured hundreds more.

Tahir Merchant and Feroz Khan were sentenced to death on Thursday, September 7.

But Abu Salem, who was extradited from Portugal 12 years ago, could only be given a life sentence because of a deal agreed upon with the Portuguese government.

Abu Salem was tracked down to Portugal in 2002, where he was living with his then girlfriend, Bollywood film star Monica Bedi.

She was convicted of procuring a fake passport for him and spent several years in a Portuguese prison.

Homebound! It's time to relax and sit back after a great trip! ✈ #FlightModeOn #WorkMode #Travelling #Fun #Jaipur #Mumbai #MonicaBedi pic.twitter.com/TS8rx9DHVr

​Mumbai mafia don Dawood Ibrahim, who was behind the attacks, fled to Dubai after the bombings, and is now believed to be living the luxurious life of a fugitive in Pakistan.

Mumbai crime reporter S. Hussain Zaidi investigated the bombings and wrote a book, Black Friday, which was later turned into a hit movie.

"Perhaps Dawood's status as a fugitive and an outlaw beyond the reach of the Indian legal system suits many back home in India. Empires built with his money would collapse and many skeletons would tumble out of the closet if he was ever brought back home. The powers that be would rather have Dawood Ibrahim stuck in Pakistan. And so the cult of Dawood will be perpetuated," wrote Zaidi in Black Friday.

​In the book, he describes how Pakistan's ISI intelligence service helped train the bombers and explosives were smuggled into neighboring Gujarat state before being taken to Mumbai by Ibrahim's gang, who were based in the Dongri slum.

Justice prevails in #MumbaiBlasts with life imprisonment of #AbuSalem.104 accused convicted so far. Next should be Dawood Ibrahim & Memon1/n

In December 1992, Hindu nationalists destroyed the Babri mosque in Ayodhya, claiming that it stood on the site of an ancient Hindu temple.

Over the next month intense riots broke out in Mumbai, which killed 900 people.

The majority of those who died — around 575 people — were Muslims, and Ibrahim came under pressure to retaliate against the Hindu establishment.

#IndiaFirst
We can pinpoint exactly where Dawood Ibrahim lives in Pakistan: A A Khan, Former IPS officer. https://t.co/r7Hmnq4e0v pic.twitter.com/BXCdhi3txK

​The bombings led to a massive split in the Mumbai mafia with Muslims remaining loyal to Dawood Ibrahim and Hindus following his former right-hand man Chhota Rajan.

In 2000, Rajan survived an assassination attempt in Bangkok.

Rajan was eventually arrested in Bali in 2015 and extradited back to India, where he awaits trial for various crimes.

​The bombings were carried out by a Muslim gang in revenge, after Hindu mobs killed hundreds of Muslims in communal riots following the destruction of a mosque in Ayodhya.

Thirteen blasts tore through various locations in the city, India's financial capital and the home of its Bollywood film industry.

The main targets were the Bombay Stock Exchange, the offices of Air India, two luxury hotels and the Zaveri bazaar.

The bombs caused US$4 million worth of damage but several bombs failed to go off and the death toll could have been even higher.

One of the masterminds behind the bombings, Yakub Memon, was executed in 2015 for his role but his brother, known as "Tiger" Memon remains on the loose.

Dogs in Mumbai are Turning Blue, Blind, Thanks to Industrialization