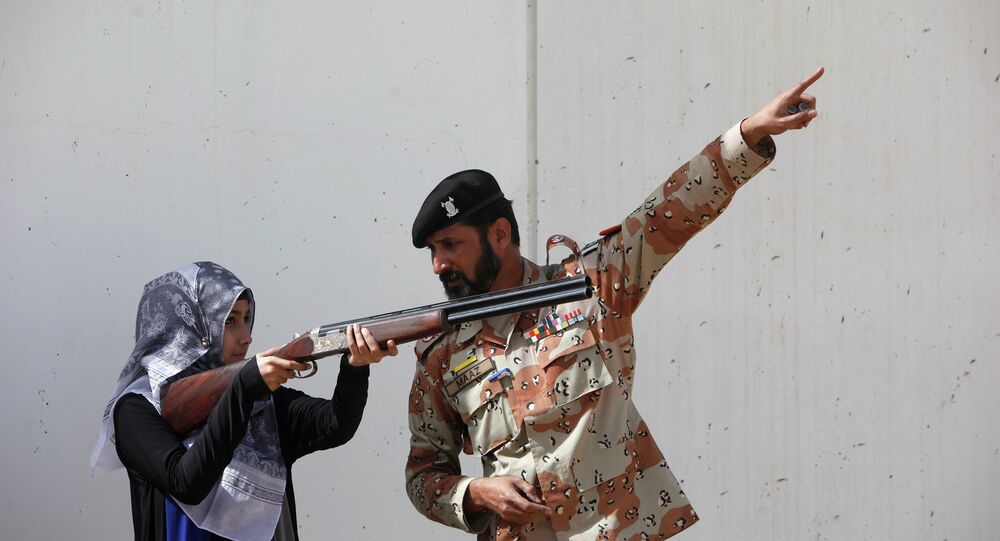 Before the BRICS Summit China had conveyed its intention of not letting India make terrorism a dominant agenda for discussion. However, New Delhi was decisive in obtaining consensus on the issue.

New Delhi (Sputnik) — The joint condemnation of Pakistan-based terror outfits by BRICS is being seen as a major diplomatic victory for India which had been struggling to bring the issue to the table after China skirted the matter in last year’s summit in Goa. The BRICS declaration 2017 explicitly names Pakistan-based terror groups like the Lashkar-e-Taiba and Jaish-e-Mohammed, along with other regional terror outfits, and implores joint BRICS action against terrorism.

“We reaffirm that those responsible for committing, organizing, or supporting terrorist acts must be held accountable,” read the BRICS statement issued on Monday.

India and China have been at loggerheads over designating Pakistan-based Jaish-e-Mohammed Chief Masood Azhar as a terrorist. Azhar enjoys political clout in Pakistan and China blocking India’s efforts to get him enlisted in the UN list of terrorists is largely seen as China’s attempt to avoid consternation in Pakistan – its closest ally in the region.

© AP Photo / Dar Yasin
India, China Clash on Terrorism Ahead of BRICS Summit
Prior to the Summit, China had said India "not sully the atmosphere" by raising terrorism by groups based in Pakistan. "Pakistan is at the forefront of counter-terror efforts…" foreign ministry spokesperson Hua Chunying was quoted as saying. However, India had made it clear that it would accord top priority to terrorism at BRICS.  Therefore, the inclusion of these groups in the final document was a significant move.

Indian experts say that the Xiamen declaration is a positive development but the main challenge lies in ensuring that it is executed indeed.

“Terrorism certainly is an agenda for the BRICS to focus on as highlighted in PM Modi’s speech. And it is not India alone which is affected, both China and Russia are also affected by it. So the Xiamen Declaration listing it is a positive and significant development. Having said that, the challenge lies in effectively executing it. As a multilateral body, the BRICS needs to do more beyond just issuing positive intent to contain terror funding and pushing intelligence sharing,” Dhananjay Tripathi, Assistant Professor, South Asian University, New Delhi told Sputnik.

© AP Photo / Rajanish Kakade
US Lauds Counter-Terrorism Cooperation With India
China had put India's bid in the UN Security Council for action against Masood Azhar last year on technical hold which expired in the end of 2016. Earlier this year, China again put on hold another resolution from US, UK and France calling for action against Azhar. The resolution will come up for review in October this year and India would be keenly watching if China changes its stance in accordance with the BRICS resolution.

Meanwhile, Indian Prime Minister Narendra Modi reiterated the need for coordinated action on counter-terrorism while addressing the ‘BRICS Emerging Markets and Developing Countries Dialogue’ organized by China on sidelines of the 9th BRICS Summit as an outreach exercise. He also stressed on cooperation in ensuing cyber security and disaster management, as part of ten “noble commitments” through which BRICS leadership can push global transformation.

“Whatever we do, will impact the world substantially. So, it is our solemn duty to make a better world—brick by brick, or, through BRICS. I had spoken about BRICS driving the global transformation in the next ten years for it to be a golden decade. I suggest that this can be brought about with our proactive approach, policies, and action,” Modi said.

PM suggests that BRICS leadership for global transformation can be achieved through Ten Noble Commitments pic.twitter.com/w12HnDXcXM

However, China has not officially spoken on whether it intends to support India’s stance on terrorism. During a media briefing, Chinese Foreign Ministry spokesman Geng Shuang avoided the direct response to a question on whether the naming of Jaish-e-Mohammad (JeM) by the BRICS marks a change in Beijing's stand.

"I have not seen the BRICS joint declaration and don't know the specific content," Geng said.