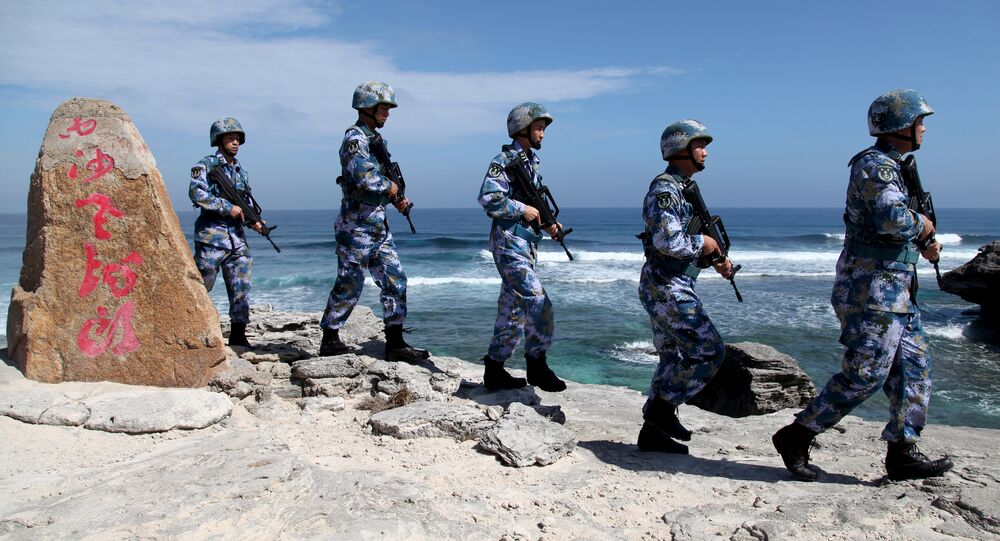 The Maritime Safety Administration of China's southern province of Hainan, which oversees the South China Sea, announced last month that live-fire drills would take place around the Paracel Islands, which are claimed by China, Taiwan and Vietnam, until September 2.

"Vietnam once again asserts that [we] will resolutely protect our sovereignty and our legitimate rights and interests in the East Sea [South China Sea] through peaceful measures that are suitable with international laws," the statement said.

The disagreement over the contested water way has pushed relations between China and neighboring Vietnam to their deepest low in three years.

© AP Photo / Gurinder Osan, File
Has India Secretly Supplied Vietnam with 6,000-pound Supersonic Missiles?
In July, Vietnam was forced to halt oil drilling in offshore waters that are also contested by China under pressure from Beijing.

China has appeared frustrated at Vietnam's attempts to rally other Southeast Asian countries against Beijing as well as at its growing defense relationships with the US, Japan and India.

China claims nearly all the South China Sea, through which around $3 trillion in international trade pass annually, the vast majority of it coming or going from China. Apart from China, Taiwan and Vietnam, the Philippines, Brunei and Malaysia have claims in the waterway.

What Makes Vietnam an 'Ideal Client' For the United States?