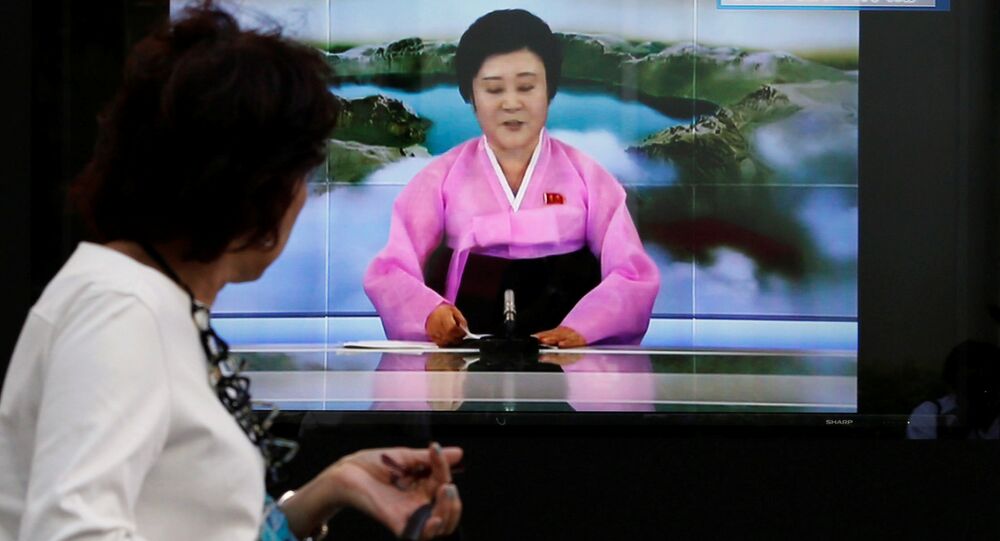 Her words of late inevitably send seismic diplomatic tremors echoing around the globe. Yet despite being the bearer of bad news, more often than not, her exuberant style never appears to wane. Ri Chun-hee is the voice and face of North Korea, the veteran newsreader tasked with informing the world of the country's latest developments.

Sitting in front of a backdrop of Mt. Paektu, the dormant volcano on the Chinese border that is the fount of Korean nationhood, the 74-year-old woman on September 3 delivered  the chilling message few wanted to hear.

Dressed in a traditional pink and black dress, Mrs. Chun-hee was invariably tasked with making Sunday's announcement that the secretive country had carried out its sixth and most powerful nuclear test — an advanced hydrogen bomb five times more powerful than the device dropped on Nagasaki for a long range missile.

Smiling broadly, she pronounced the test's "perfect success." It is not the first time the KCTV newsreader has captured the undivided attention of people well beyond her own homeland.

Born to a poor family in Gangwon Province, in central Korea, during the Japanese occupation, her career is somewhat unique in its longevity — having regularly witnessed fellow colleagues' demotion or sudden departure.

The pensioner originally studied performing arts at the Pyongyang University of Theatre and Film, before being selected by the party to be its mouthpiece due to her poverty and, consequently, her impeccable community credentials.

Greatly admired by the Kim dynasty, her unique style is a combination of bombast and melodrama.

When she announced the death in 1994 of Kim Il-sung, revered as the father of the nation, the grandmother was visibly moved to tears. Years later, she was similarly seen crying on screen as she informed the nation of the passing of Kim Jong-il, the father of the present leader.

Mrs. Chun-hee retired temporarily in 2012 but appeared again four years later to announce a missile launch — and has remained in position since to announce the most important developments of the current regime.

It is unclear how much longer she will continue as the voice of the nation, having been tasked with the job of training the next generation of North Korea's newsreaders.