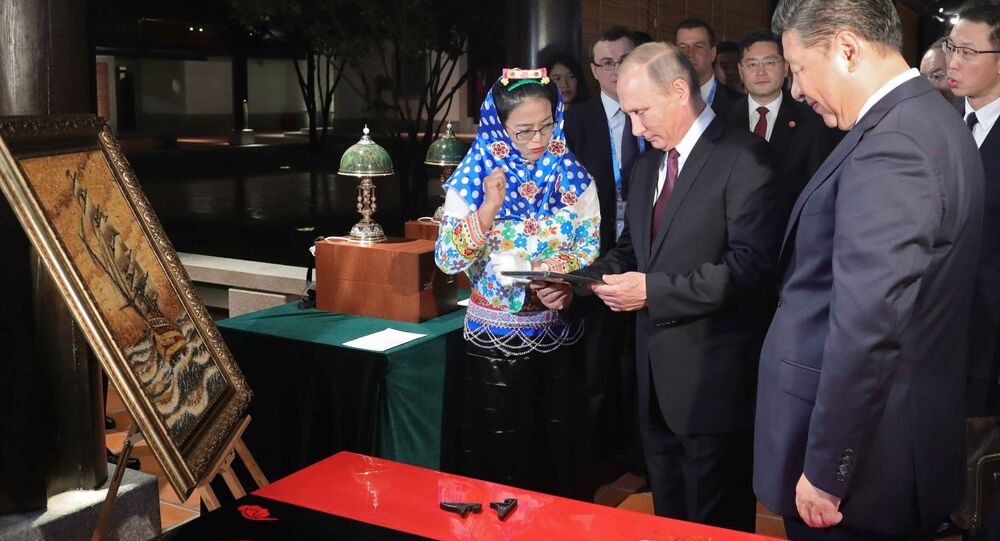 Russian President Vladimir Putin and Chinese President Xi Jinping attended an exhibition in China on Sunday and exchanged some thoughtful and beautifully-crafted gifts.

Russian President Vladimir Putin arrived in China on Sunday, ahead of the BRICS summit which kicks off on Monday.

His first meeting was with Chinese President Xi Jinping, where the two leaders discussed the implementation of bilateral agreements made at their last meeting in July.

To mark the occasion, he and Chinese President Xi Jinping took in an exhibition of Chinese national arts and crafts, and gave each other presents.

President Putin gifted President Xi a painting made of amber and two jade lampshades. Xi gifted Putin a writing desk and a sculpture of a Chinese warrior.