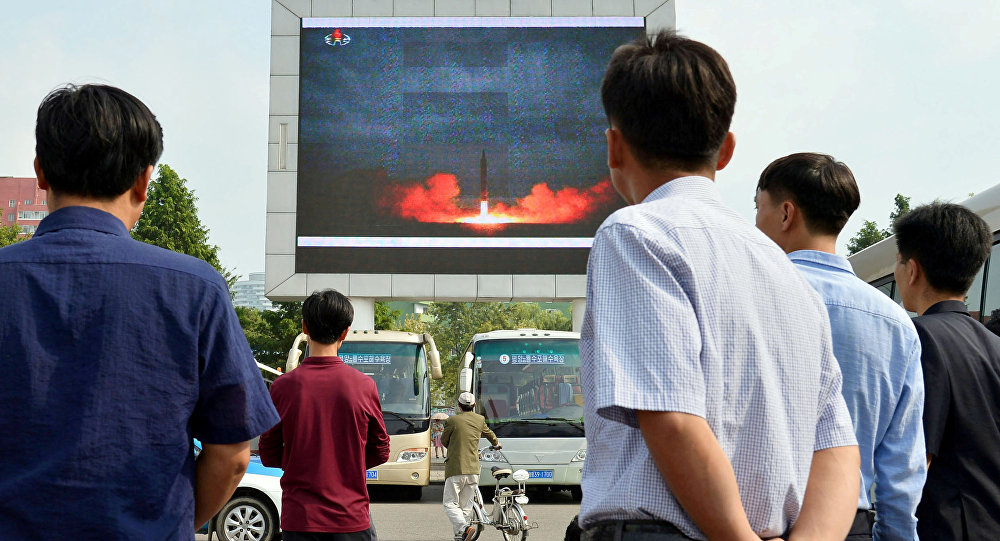 What Pyongyang Wanted to Tell Its Neighbors With Recent Missile Launch

Commenting on the recent missile ballistic test conducted by North Korea on Tuesday, political scientist Dr. Andrew O'Neil explained to Sputnik Radio why Pyongyang's recent missile test is qualitatively different from the previous ones and what message it actually sent its neighbors.

On Tuesday, North Korea fired a missile that flew over northern Japan’s airspace. The rocket passed over the Japanese island of Hokkaido, falling into the Pacific Ocean.

The Japanese military did not attempt to shoot down the missile, but issued a safety warning to citizens to take cover.

Dr. Andrew O'Neil, Dean and Professor of Political Science in Griffith Business School at Australia-based Griffith University, explained to Sputnik Radio what is so significant about this particular launch.

"The latest missile test fired by North Korea is qualitatively different from the previous ones. While the missile fired from Pyongyang was not an intercontinental ballistic missile, which could reach ranges beyond 5,500 kilometers and strike targets in the continental US, it does appear to be an intermediate-range ballistic missile which was flying directly over the northern Japanese island of Hokkaido. It was not armed with conventional or nuclear warhead but very clearly, it was the third time that the North Koreans have sent a missile flying through Japanese air space over the country," he told Sputnik.

The political scientist further recalled that North Korea first did it in 1998 with Daepodong-1 missile. It did it again in 2009. But on both of those occasions the North Korean government claimed that it was a satellite launch. Hence what is significant about this particular occasion, when North Koreans have again fired a missile over the Japanese territory, is that they have made no attempts to justify it as a satellite "test".

"I think it is very clear that it was intended by Pyongyang to be seen as a very clear and direct message not just to Japan, but to other regional countries, that North Korea basically can strike pretty much any country in the neighborhood with a nuclear device," he said.

© REUTERS / KCNA
Four Reasons Why North Korea is Still Launching Its Missiles
The world now knows, he said, that North Korea has pretty much achieved everything it needs to develop a miniaturized nuclear warhead which could be fit on top of a missile. Its missile strike forces have evolved a lot more quickly than anticipated in terms of the combat readiness and in terms of how far they can strike. It appears that North Korea can fire missiles pretty much with impunity, he acknowledged.

Following the test, senior Russian lawmaker Konstantin Kosachev has suggested that North Korea's latest missile test proves that its threat to fire four missiles into the waters near the US Pacific territory of Guam "was not a bluff."

Dr. O'Neil commented on the suggestion.

"It is very much directed at Japan, which in North Korea's eyes is portrayed as an enemy equal to the US, if not worse than the US," he told Sputnik.

However, if we look at the range that the recent missile test flown over Hokkaido, which is in the opposite direction of Guam, he said, and we plot this distance onto how far it is to reach from North Korea to Guam, it clearly shows that North Korea is able to strike Guam.

© REUTERS / KCNA
Why North Korea's Latest Missile Test Was a Humiliating Blow to US Missile Defense
Dr. O'Neil also commented on why the punitive anti-North Korean measures which have recently been adopted by the UN Security Council, are wide of the mark.

"The countries that wish to do North Korea harm, primarily the US and, to a lesser extent, Japan and other countries of the region, don't have a lot of economic leverage over North Korea," he told Sputnik.

The only way the US can hurt Pyongyang economically is through a third party, namely the Chinese banks, which do business and lend money to North Korea, he went on to say. And the US is increasingly looking at targeting China's banks.

The second reason is that China, the country which could do the most economic harm to North Korea in the region,  has very little incentive to do so, he explained. Even though Beijing has supported UNSC sanctions against Pyongyang, it is clear that China is very patchy in implementing these sanctions. 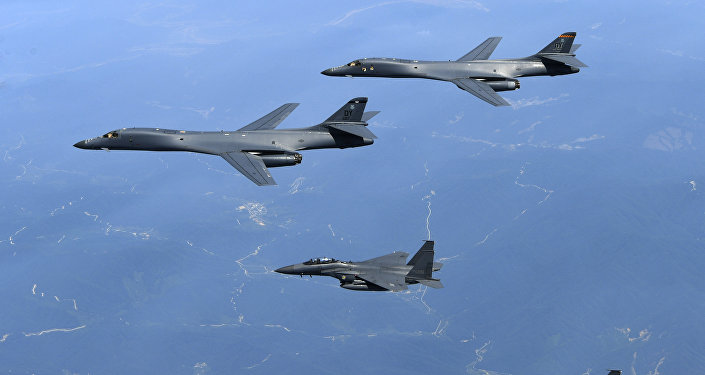 © AP Photo / South Korean Defense Ministry, File
China Won't Allow War at Its Door Amid US-S Korea Drills, North's Missile Launch
"They do it very selectively, with the view that they don't want an implosion of Kim's regime, because from China's perspective that would create major geopolitical headaches. It would create a potential breakdown of the regime, which will then lead to the significant flooding of refugees across the 1,420 km border it has with North Korea. The question would then arise who would control these nuclear missile forces that North Korea now has. This is essentially the reason why China is not implementing sanctions in full," the political scientist concluded.
...
Reddit
Google+
Blogger
Pinterest
StumbleUpon
Telegram
WhatsApp
282
Topic:
Hot Button Issue: Latest Launches, Nuclear Tests Escalate Korean Crisis (97)
Tags:
North Korea missile launch, missile test, Andrew O'Neill, United States, Japan, Democratic Republic of North Korea (DPRK)
Community standardsDiscussion
Comment via FacebookComment via Sputnik