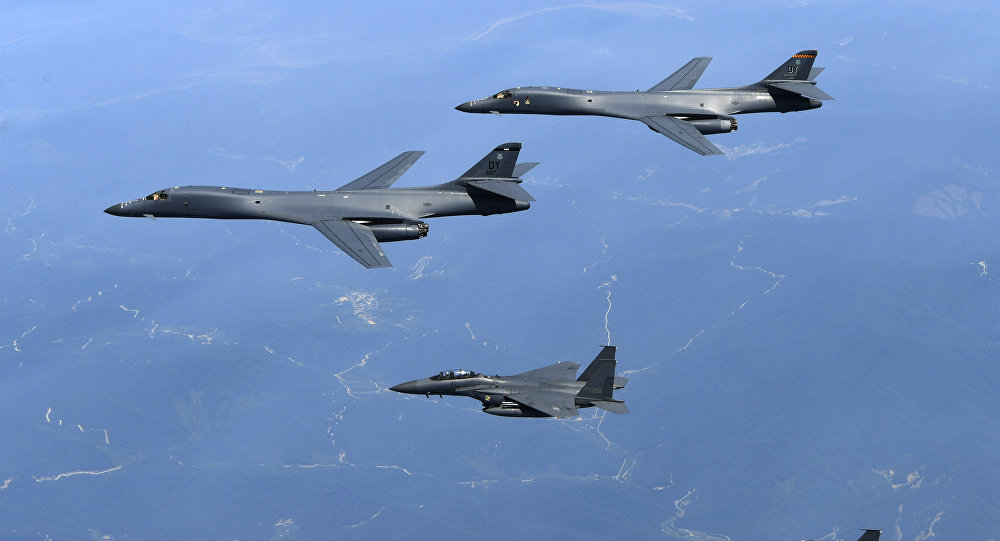 On Thursday, China sent a clear warning to all the key players on the Korean Peninsula that it will never allow war or chaos on its doorstep. The announcement comes amid the show of force by the US and South Korea in response to North Korean missile launches. Beijing warned that the Peninsula is not a computer game.

The statement comes amid escalating tensions on the Korean Peninsula and after the US and South Korea demonstrated a show of force in the region.

"They conducted bombing drills over the Pilseung range in the eastern province of Gangwon," the agency specified.

The military exercises come two days after North Korea launched an intermediate-range ballistic missile  from a site near Pyongyang, and issued a warning that the tests are not ending anytime soon.

In a separate comment on the issue, China's foreign ministry warned that the situation on the Korean Peninsula is serious and not a computer game, Reuters reported.

The announcement by Ministry spokeswoman Hua Chunying was made during her regular briefing on Thursday when asked about the possibility of new sanctions against North Korea, pushed by Japan and the US.

© AP Photo / Mary Altaffer
'Clear and Present Blackmail': US Coaxes China to Back Anti-N Korea UN Resolution
It was regrettable that some countries only applied sanctions and overlooked the United Nations Security Council resolution's requirements for dialogue, she added.

The US has been repeatedly urging China to put pressure on North Korea and stop it from building a nuclear weapon. The Trump administration and the US leader himself have been criticizing Beijing for "not doing enough" on the issue, threatening with sanctions against Chinese companies and individuals for their ties with Pyongyang.

…they do NOTHING for us with North Korea, just talk. We will no longer allow this to continue. China could easily solve this problem!

​​Earlier in August, China voted in favor of the toughest UN sanctions to have ever targeted North Korea after it tested two intercontinental ballistic missiles (ICBMs) in July. Beijing however has been always urging for a dialogue with Pyongyang over its nuclear and missile programs.