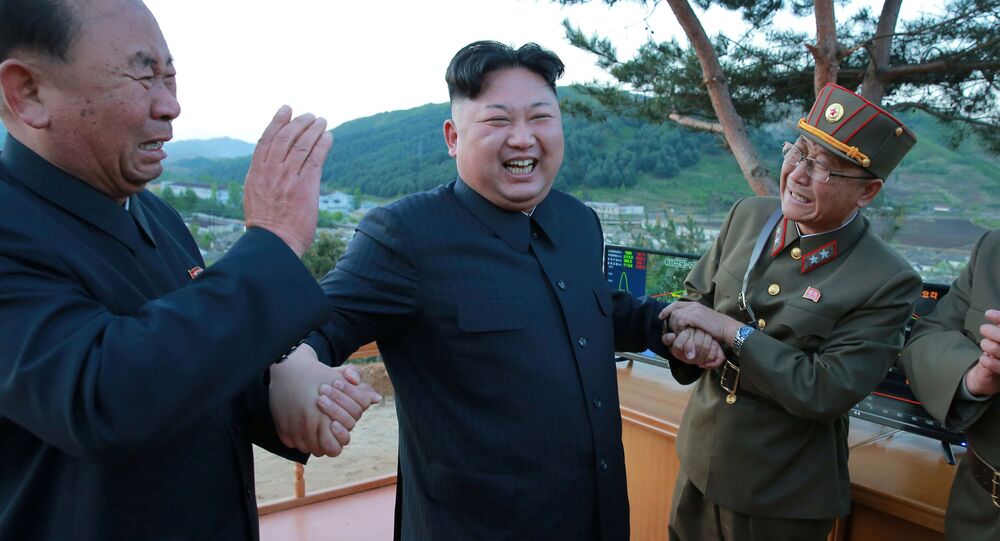 The Democratic People’s Republic of Korea published footage of Tuesday’s ballistic missile launch from a site near Pyongyang, and issued a warning that the tests are not ending anytime soon.

Supreme Leader Kim Jong-un watched the test from an indoor location close to the missile launch site where he smoked cigarettes, studied a map, and chose to leave his rather large pair of binoculars on the desk as the Hwasong-12 ballistic missile began its ascent.

The August 29 test constitutes “the first step of military the military operation of the [Korea’s People’s Army] in the Pacific and a meaningful prelude to containing Guam,” Kim said Wednesday, according to the Korean Central News Agency.

As the war drums begin to thump and thud after a slight decrescendo, the South Korean Defense Ministry has been tasked with preparing plans for South Korean and US forces to conquer Pyongyang without the assistance of additional US reinforcements beyond the 28,000 troops deployed on the peninsula with US Forces Korea (USFK).

South Korean President Moon Jae-in would like for Seoul to have the option to “quickly switch to an offensive posture in case North Korea stages a provocation that crosses the line or attacks the capital region,” he said Monday.