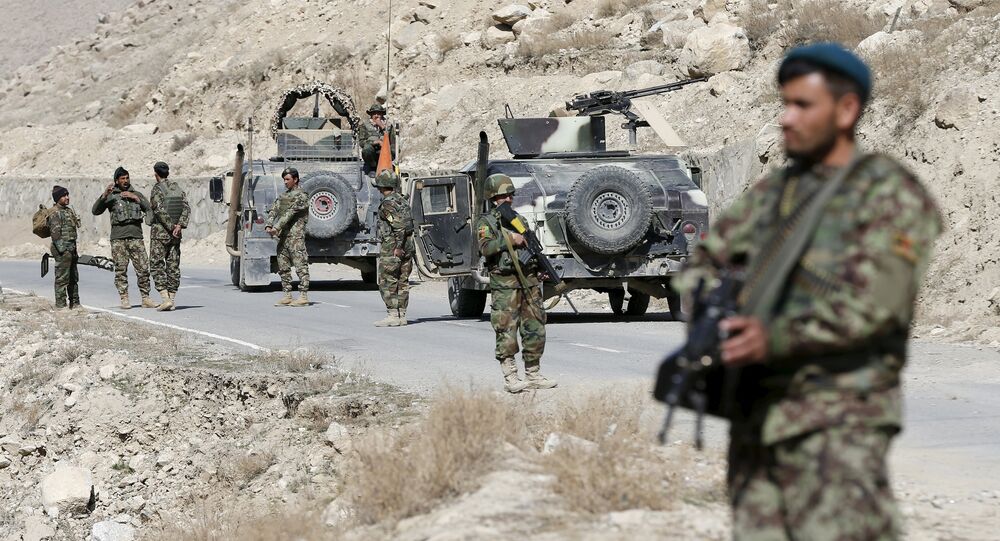 The US air forces have once again waged an airstrike in Afghanistan, leaving victims and injuries, local media reported on Wednesday, citing anonymous sources.

MOSCOW (Sputnik) — At least 28 civilians, including women and children, were killed in an US airstrike in Afghanistan's eastern province of Logar, local media reported on Wednesday.

The information on the airstrike was confirmed by a spokesman of the province's governor, according to the outlet.

What regards Us reaction, US Forces-Afghanistan said in a press release that it is aware of an incident potentially involving civilian casualties in the Pol-e Alam District of Logar Province.

"US Forces-Afghanistan is aware of an incident in the Pul-e 'Alam District in Logar Province this morning with potential civilian casualties," the release stated.

© REUTERS / Baz Ratner
Will the Taliban Be Able to Turn Afghanistan in 'Another US Graveyard'?
An official investigation into the incident is now underway, and US forces in Afghanistan are working with Afghan partners to determine the facts surrounding the incident, the release said.

President Donald Trump set out his Afghan policy on August 21, saying US troops would "fight to win." He said there was no deadline and refused to disclose how many personnel would stay behind. Moreover, on January 1, 2015, NATO announced its new mission in the country, called Resolute Support, to train and assist the Afghan security forces.