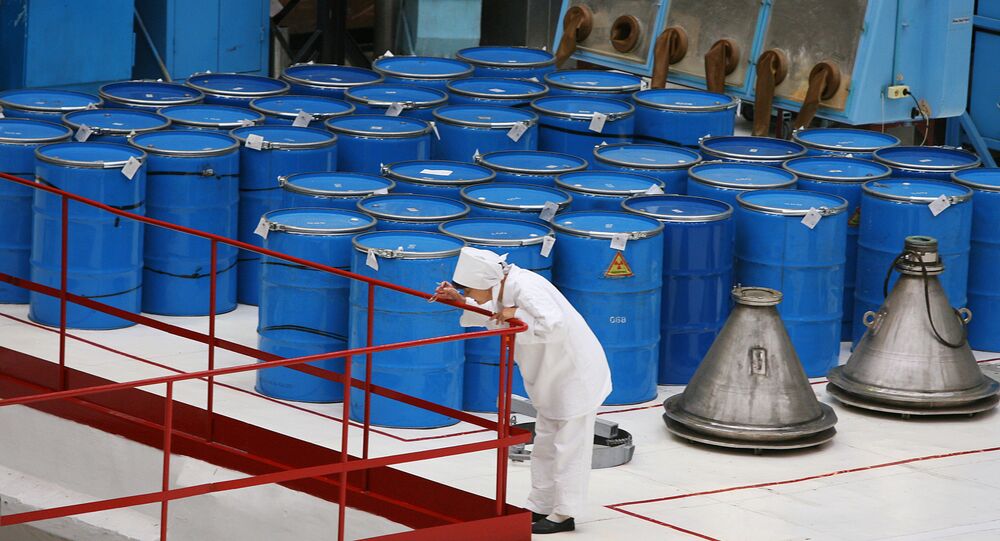 An uranium bank has opened in Kazakhstan; it may start getting fuel already in 2018.

Earlier in the day, IAEA Director General Yukiya Amano said that the first tenders to choose a supplier of low-enriched uranium for the bank would be held in 2017.

In August 2016, Kazakstan and the IAEA signed an agreement on setting up the bank to host reserves of low-enriched uranium, the main component for nuclear fuel. The IAEA members will be able to use the bank as their last resort if uranium cannot be obtained elsewhere.

© AFP 2021 / Bay Ismoyo
Beyond Opium: US Could Be 'Smuggling Uranium Out of Afghanistan'
In June 2015, Russia and the IAEA signed an agreement on the transportation of the low-enriched uranium to the bank via Russian territory.

Earlier on Tuesday, Amano said that all countries, including Russia, would be able to participate in these tenders.

Several countries and the Nuclear Threat Initiative nonprofit organization allocated $150 million to build a bank that can store up to 90 metric tons of the radioactive substances at the Ulba Metallurgical Plant in the Kazakh city of Oskemen.