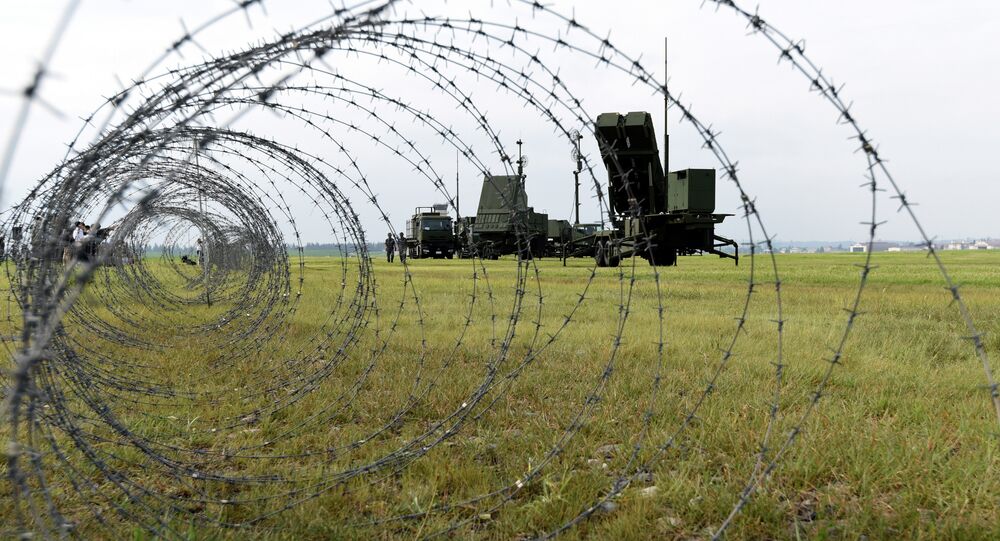 MOSCOW (Sputnik) — According to the Mainichi newspaper, the joint military exercises, including training for testing the rapid deployment of Patriot Advanced Capability-3 (PAC-3) missile interceptor systems, were held at US Yokota Air Base in western Tokyo and US Iwakuni Marine Corps's Air Base in Yamaguchi Prefecture. The drills coincided with the latest launch of North Korean missile, which flew over Japan before falling some 733 miles to the east of Japan's northern island Hokkaido.

"We did not at all expect that the [North Korea's] missile would be fired right before the start [of the joint drills], but it has allowed us to demonstrate our capabilities in deploying [the PAC-3 missile defense systems]. We have not considered halting [the drills]," Air Self-Defense Force commander Maehara Hiroaki told a press conference, as quoted by the newspaper.

© AFP 2020 / JUNG Yeon-Je
North Korea Missile Launch Undermines Efforts to Establish Dialogue - UN
Earlier in the day, North Korea launched a missile which flew over Japan before falling into the Pacific Ocean 1,180 kilometers (733 miles) east of Hokkaido, a Japanese island. The launch was conducted at 5.57 a.m. local time (21:27 GMT on Monday). The Japanese military said the projectile was likely a Hwasong-12 ballistic missile. The launch was the second in the last few days as on Saturday, North Korea test fired short-range ballistic missiles off the eastern coast of the Korean peninsula.

Moreover, Japanese Defense Minister Itsunori Onodera announced the drills on Friday, stressing that it would contribute to the further strengthening of the US-Japan alliance. Similar military exercises will also be held at the Misawa Air Base in Aomori Prefecture on September 7.