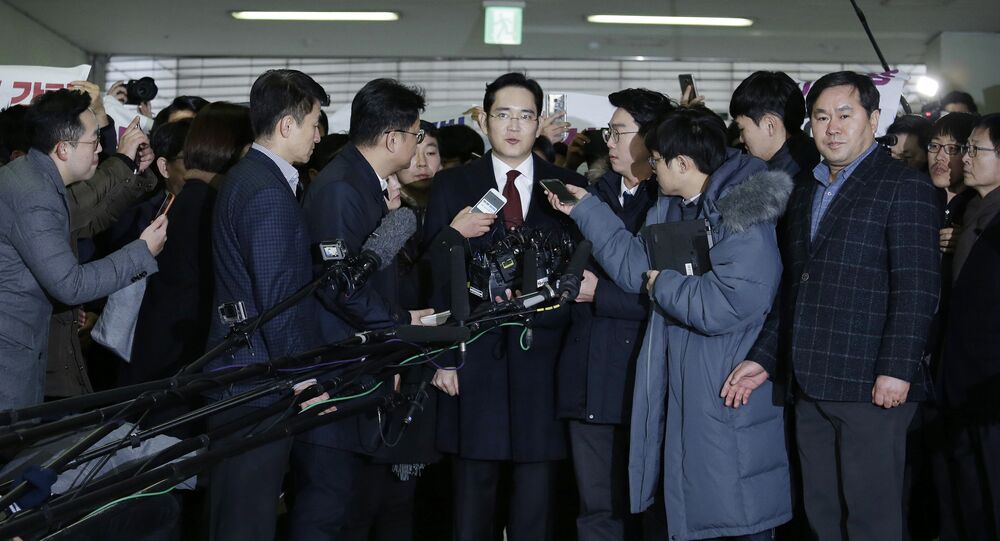 MOSCOW (Sputnik) — According to Yonhap news agency, Lee's lawyer Kim Jong-hoon delivered the appeal to the Seoul Central District Court, challenging the court's ruling that Lee had been involved in Samsung's bribes for equestrian lessons for the daughter of Choi Soon-sil, a longtime friend of former South Korean President Park Geun-hye.

The first hearing for the appeals trial may reportedly take place in September.

The scandal involving Park and Choi broke in October 2016. Park has been charged with forcing major corporations, including Samsung, to donate to foundations controlled by Choi, taking bribes, and forcing companies to sign contracts beneficial for Choi and her associates.

© AFP 2021 / PAUL J. RICHARDS
Volkswagen Engineer in US Gets 3-Year Sentence in Emissions Scandal
One such deal was a merger between Samsung’s two subsidiaries, Cheil Industries Inc. and Samsung C&T Corporation, which was expected to strengthen Lee's position within the Samsung Group.

Lee took up the reins of company after his father, Samsung Group chairman Lee Kun-hee, withdrew from business after suffering from a heart attack in 2014.