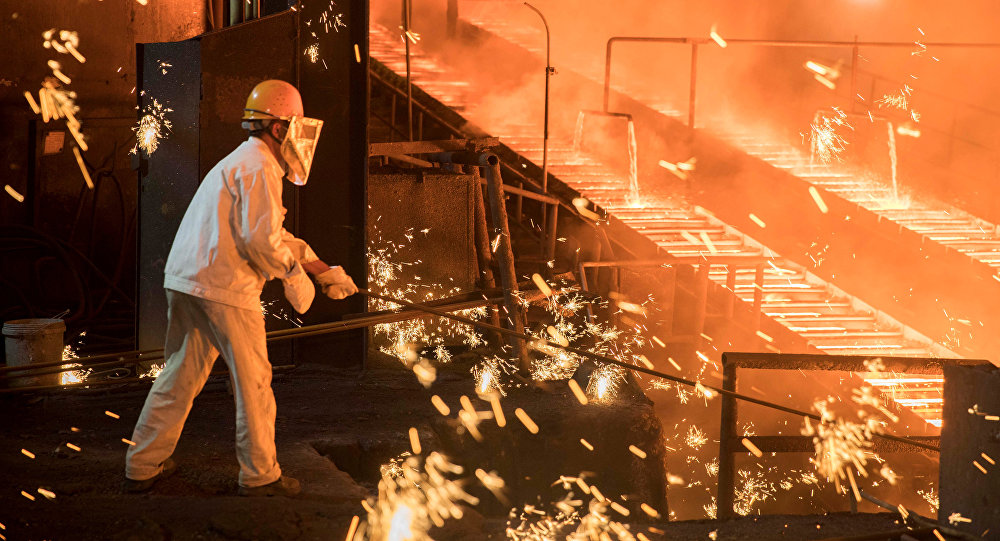 Upping the Ante: Are US, China Headed for 'Steel War'?

The heads of 25 US steel companies called on President Trump to immediately curb imports of steel from China and other countries, which they said is “undermining the viability of the US steel industry.” Political analysts Sputnik talked to said that this could mean the start of a “steel war” between the US and China.

They said they also expected the anti-China lobby in the US to pressure the White House on other aspects of America’s economic ties with the People’s Republic.

Mei Xinyu, an expert in international trade at China’s Ministry of Commerce, said that chances of a “steel war’ erupting between Washington and Beijing were now “fifty-fifty”

“A step like this by the leaders of the US steel industry is quite logical, but I don’t think that such a 'steel war' is imminent. US steel imports have been going up since January, but the share of Chinese steel there is comparatively small and it keeps shrinking. Therefore, any US attempts to make Chinese exports the target of an official probe would look absurd,” Mei Xinyu said.

He added that curbing steel imports would mean the perpetuation of the US steel industry’s backwardness while China would hardly feel the pinch as the US is not the main buyer of Chinese steel in the world. 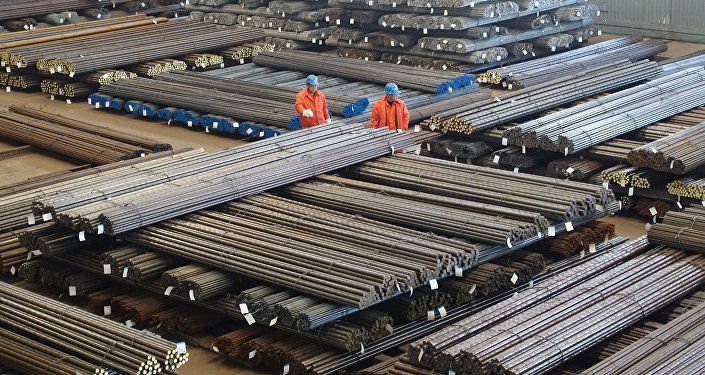 © REUTERS / China Daily
Nominee for US Ambassador to China Pledges to Address Beijing’s Underpriced Steel Sales
Earlier reports from the American Iron and Steel Institute said that US steel imports in July were up 22 percent from the same period of last year and now accounted for 28 percent of all US imports.

Many analysts believe that as a result of the appeal by the CEO’s of Nucor Corp, US Steel, ArcelorMittal, Commercial Metals Co, AISI and other US steel giants, Washington could hike up import tariffs on steel and aluminum up to a whopping 80 percent.

In an interview with Sputnik China, Deputy Director of the US and Canada Institute in Moscow, Viktor Supyan said that despite the recurring threats of a trade war between the US and China, the two countries are economically too closely intertwined; with Chinese-made products accounting for up to 80 percent of the US consumer market. 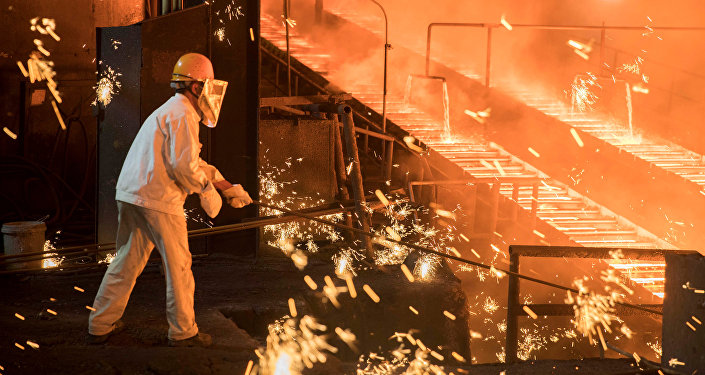 © REUTERS / Stringer
Pins and Needles: Should the EU Brace for Steel War With the US Over China?
“That said, Trump, backed by the anti-China lobby, will try to make good his campaign-trail promises to contain China and scale down Chinese imports as was amply demonstrated by his decision to ramp up import tariffs on Chinese aluminum and steel. The Americans have used anti-dumping duties on imported Chinese steel and I don’t rule out new such curbs, even a ‘steel war’ between the two countries,” Supyan noted.

Meanwhile, the Hong Kong-based newspaper South China Morning Post wrote that Beijing was ramping up its anti-American rhetoric and that in

August alone it had launched two probes into the import of US fiber-optic products and was now mulling over the use of anti-dumping duties to limit their presence on the Chinese market.

Pins and Needles: Should the EU Brace for Steel War With the US Over China?