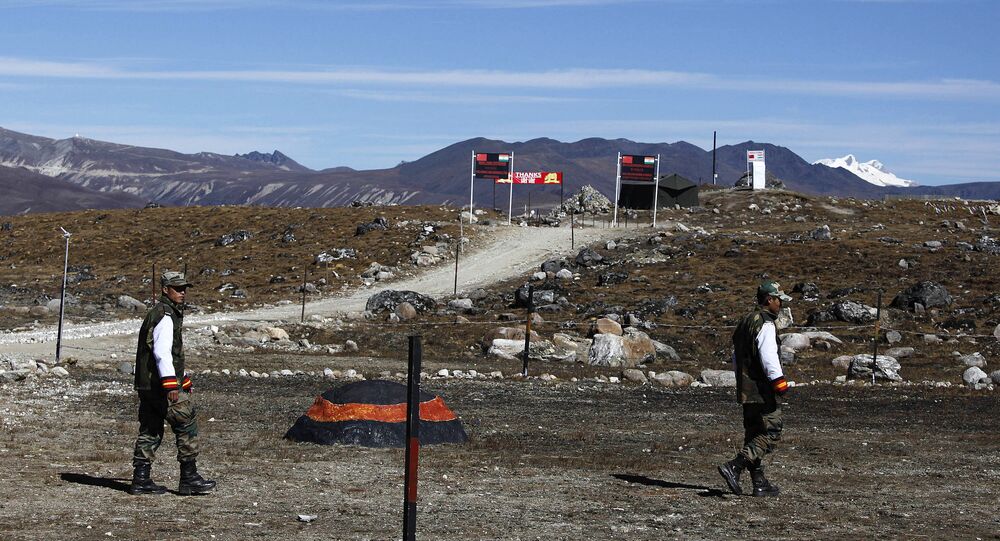 India wants to develop its frontier region as a tourist destination so that it can populate remote areas close to the Line of Actual Control (effective border yet to be clearly demarcated). Starting civilian flights to and from frontier areas may have a deeper significance in terms of counterbalancing Chinese aggression in the region.

New Delhi (Sputnik) — In a major strategic push to assert its presence along the 2167-mile-long disputed border with China, India has announced a major plan to attract more settlers in the difficult Himalayan landscape.

Most of the border villages in the sector have been witnessing large-scale migration owing to lack of connectivity with the mainland. The government plans to improve connectivity within the region through helicopter services.

"We have increased the viability gap funding for helicopters. The way their flight time is calculated has also been made more realistic. We expect this to lead to improved connectivity in priority areas of Jammu and Kashmir, northeast India, Himachal Pradesh, Uttarakhand, Andaman and Nicobar and Lakshadweep," RN Choubey, aviation secretary said on Thursday.

© AP Photo / Gurinder Osan
China Urges India to Abide by Border Agreements Amid Border Guard Skirmish
“Helicopter does not require large infrastructure for landing. That is why this will cater to a large population in hilly areas at very low costs. We have estimated that the number of operational helicopters will go up to ten times from current operability of 200 in India,” Jayant Sinha, India’s junior minister for civil aviation told Sputnik.

Under the scheme, helicopter operators and airlines will get at least three dozen advance landing grounds in different parts of the Himalayan region from Himachal Pradesh to Arunachal Pradesh. The landing grounds will be created after reviving some among the hundreds of airfields throughout India that were used during World War II and earlier. The Americans had made a large number of airfields in India to go across the Himalayas and to traffic men and materials to China.

“All the advanced landing grounds are available for helicopter services. ALGs for operational use will be finalized by the helicopter operators solely depend upon commercial viability,” RN Choubey told Sputnik.

© AFP 2021 / DIPTENDU DUTTA
India Expedites Construction of Border Roads Amid Military Conflict With China
India’s junior minister for civil aviation also added that India does not require China’s permission to use such airfields for civilian purposes despite them being located close to the border.

“The confidence measures signed between India and China in 1993 and 1996, including the Border Defense Cooperation Agreement of 2013, are silent on defining the usage of airfields by civilian aircraft… We do not need permission from anybody (China),” Jayant Sinha added.

Notwithstanding this, both sides are entitled to seek explanations as regards to implementation of the Border Defense Cooperation Agreement of 2013 if the operation would be conducted within 10 kilometers of Line of Actual Control.