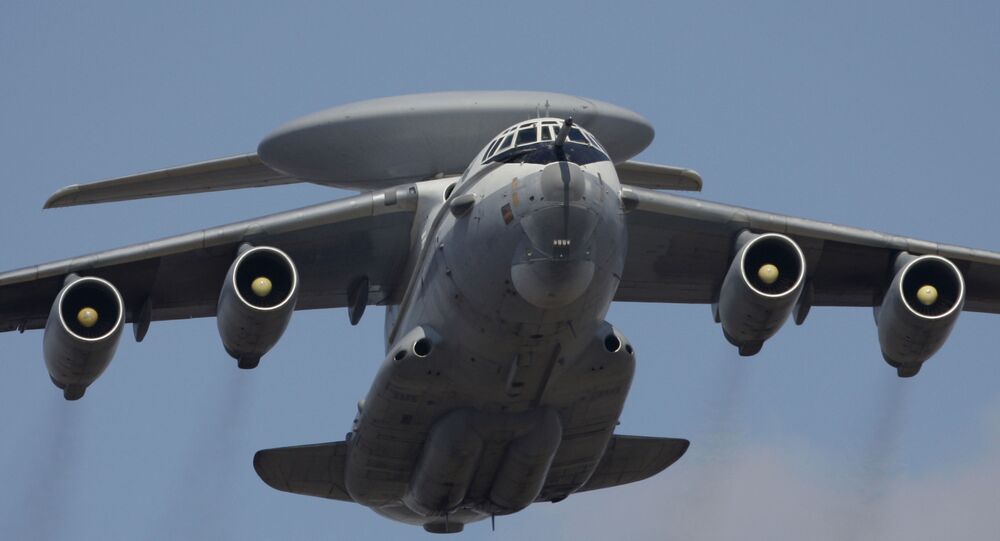 Amid the US-South Korean Ulchi Freedom Guardian (UFG) joint military drills in South Korea, Russia's strategic aircraft performed routine flights in the area. In doing so, Russia "simply and concisely showed its interests and capabilities" near the Korean Peninsula, according to Russian political commentator Alexander Khrolenko.

The long-range planes were accompanied by a Su-35S fighter of the Eastern Military District and an A-50 Airborne Early Warning and Control Aircraft of the military-transport aviation.

It was very unusual for Russia's Tu-95MS to fly around the Korean Peninsula with an escort of such powerful aircraft, Alexander Khrolenko wrote in his op-ed for RIA Novosti.

At certain points along their route, the Russian strategic bombers were accompanied by aircraft of the South Korean Air Force and the Japan Air Self-Defense Force.

Japan's news agency Kyodo at the time reported that Japan had not seen such a flyby for three years, he added.

"I think that with these two flights, Russia's Aerospace Forces defined what might become the next battle ground and sent a certain message to American partners, who are trying to set up their own scenario for military and political developments in the restive area," the political analyst suggested.

© AFP 2020 / YONHAP
Russia Concerned Over Situation on Korean Peninsula, Calls for US Political Will
Russia’s military jets regularly carry out patrol flights over the neutral waters of the Arctic region, Atlantic Ocean, Black Sea and Pacific Ocean. However it is not often that Tu-95MS bombers perform flights with an escort of fighters and A-50 "flying surveillance radars," Khrolenko said.

"The unusual aircraft which performed the recent flight demonstrate that Russia's designating systems, strike weapons and fighter coverage are on high combat alert for implementation of strategically important tasks," he suggested.

A-50 Airborne Early Warning and Control Aircraft (NATO reporting name Mainstay) are able to detect and identify airborne objects, determine their coordinates and flight path data and transfer the information to command posts of automatic control systems (in other words, guide fighter-interceptors and tactical air force aircraft to combat areas to attack ground and sea targets).

The modernized A-50 aircraft has increased range capabilities, can detect and control an increased number of targets and guided fighter interceptors and possesses a digital electronics system.

In combat operation, one Tu-95MS is able to destroy several enemy cities without entering its anti-missile defense zone.

The Sukhoi Su-35 fighter (NATO reporting name Flanker-E is able to intercept and destroy all types of aerial targets, ground and sea infrastructure of an enemy even covered by anti-missile air defense. It made its combat debut in Syria. The aircraft is supermaneuverable, supersonic and has a long-range. It is equipped with advanced active and passive detecting equipment, a state-of-the-art electronic warfare system and can carry various types of weapons.

The potential of Russia's aerial group which flew over the waters of the Sea of Japan, Yellow and East China seas, suggest that the area, which can become the next battle ground, including US military bases and battleships, is no secret to Moscow, Khrolenko stated.

The Sea of Japan is shared by Russia, North Korea, South Korea and Japan. Intensified threats by Washington, which has no border on the Sea of Japan, towards Pyongyang and its large-scale drills with regional allies can't but alert Pyongyang's closest neighbors, Russia and China, he explained.

© REUTERS / KCNA
Russia Remains Committed to Denuclearization of Korean Peninsula – Kremlin
Donald Trump has repeatedly threatened to deal with North Korea by employing combat aviation and nuclear submarines. Pentagon is waiting for a signal, he said.

"Moscow can’t ignore America’s threats to deal with yet another unwanted regime close to Vladivostok, the main naval base of Russia's Pacific Fleet (only 120 kilometers away from North Korea). One way or another, Russia has to react to a threat of unleashing of a large-scale military conflict in close vicinity to the territory of its Primorsky region, which is home to two million people," Alexander Khrolenko finally stated.