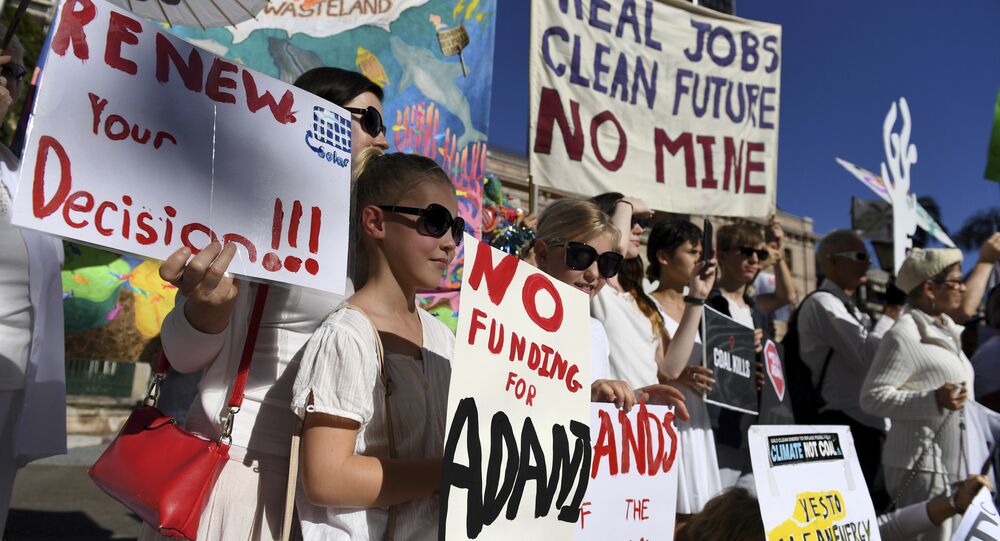 An Australian court has dismissed the appeal from local environmental activists against the approval of a coal mine project on Australia’s eastern coast, the court ruling showed on Friday.

MOSCOW (Sputnik) – The appeal was filed by the Australian Conservation Foundation (ACF) and landowner Adrian Burragubba against Environment and Energy Minister Josh Frydenberg's decision approving the Carmichael coal mine project in the Central Queensland area. The activists claim that the mine’s emissions would harm the Great Barrier Reef.

"Appeal from a decision dismissing a judicial review challenge – where the Minister’s decision was to approve a coal mine project – alleged error by the Minister in failing to determine the "impact" of combustion emissions on the Great Barrier Reef – consideration of s 527E of the Environmental Protection and Biodiversity Conservation Act 1999 (Cth) – where the Minister’s reasons reflect a proper discharge of his statutory duty – appeal dismissed," the court ruling read.

The appeal was reportedly the last remaining challenge to the mine's construction.

Jo-Anne Bragg, CEO at the Environmental Defenders Office Queensland legal center, said that the court ruling could be challenged in the High Court of Australia after careful consideration of all aspects of the issue.

© AP Photo / Manu Fernandez
Australia 'Saddened to Confirm' 7-Year-Old Boy Killed in Barcelona Attack
In his statement on Friday, Gautam Adani, chairman of the Indian Adani corporation, which had initiated the coal mine project, announced its official start, saying it would create 10,000 direct and indirect jobs in the area.

The Carmichael thermal coal mine will be located in the north of the Galilee Basin in Central Queensland. Adani had already invested around $3.3 billion in the project for the production of low quality coal for export to India.

The Great Barrier Reef is the world's largest coral reef system and is included on the list of UNESCO World Heritage sites.

At Least 35 Miners Killed in Iranian Coal Mine Explosion