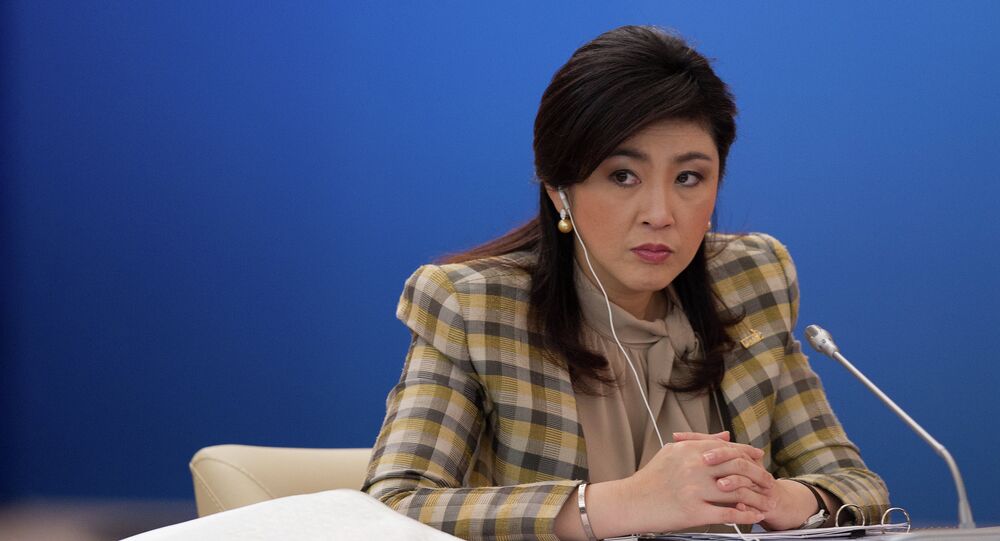 A Thai court has postponed its ruling in the corruption case against former Prime Minister.

BANGKOK (Sputnik) — A Thai court has postponed by a month its ruling in the corruption case against former Prime Minister Yingluck Shinawatra after she did not show up for the verdict, local media reported Friday.

Shinawatra is expected to stand before the supreme court on September 27 after calling off her appearance minutes before the trial over an ear infection, the Thai broadcaster PBS said.

© Sputnik / Irina Kalashnikova
Russian-Thai Intergovernmental Commission to Convene by Year-End – Lavrov
The court has also issued a warrant for her arrest, which may be voided if she presents a medical certificate confirming her condition, according to the broadcaster.

Her whereabouts remain a mystery to Thai media and those close to her. Members of the Pheu Thai Party she used to lead told reporters they were not sure where she was, while one lawmaker suggested she could appear in public later in the day.

Shinawatra’s lawyer Noravit Lalaeng could not say if she was still in Thailand, although Thai migration authority said it had no information that she had left the country.

Shinawatra was Thailand’s prime minister between 2011 and 2014 when a military coup overthrew her government. She was impeached in 2015 over criminal charges related to a rice subsidy program and banned from politics for five years.

Thai Man Sentenced to 18 Years Behind Bars for Insulting Monarchy

Russia Seeks to Open Consulate on Thai Island of Phuket