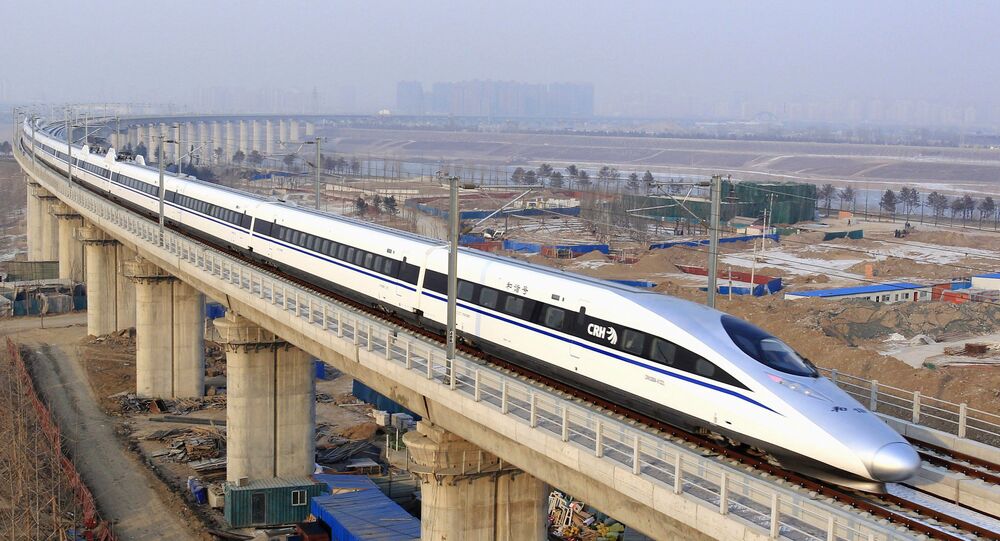 After China’s leading high speed rail became a major driving force for the country’s economy, some countries have started copying and replicating China’s technologies, bringing severe losses to the country, said experts with a branch of Shanghai People’s Procuratorate in an article published on the website of Procuratorial Daily on Aug. 16.

The rapid development of China’s high speed rail comes with the problem of IP protection. Ineffective protection of the core technologies will directly cause a negative impact on the sustainable development of the industry.

According to the article, it took China years to fully grasp the core technologies of high speed rail with limited resources. However, China has fallen into a “patent trap” set by some countries, since it had a poor record of IP protection.

Under the framework of the Belt and Road Initiative, China has been exporting its high speed rail technology. However, some countries are copying China’s technology through public documents and replicating it on their own land.

Some countries have even applied for the patents before China, in both their homelands and some foreign countries, causing great losses for Chinese high speed rail enterprises.

The article said the situation can be attributed to three main reasons: poor performance in patent registration and protection; lack of protection of business secrets; and ineffective preliminary work of intellectual property protection.

Currently, the exportation of China’s high speed rail technology has triggered IP protection issues, and it is urgent for related departments to offer support in this regard.

The experts suggest that comprehensive measures should be taken to cope with technical barriers of developed countries and copying by developing countries. China should accelerate related legal processes and conduct better patent examinations. In addition, enterprises should take steps to protect their own IP rights overseas.

This article originally appeared in the Global Times.