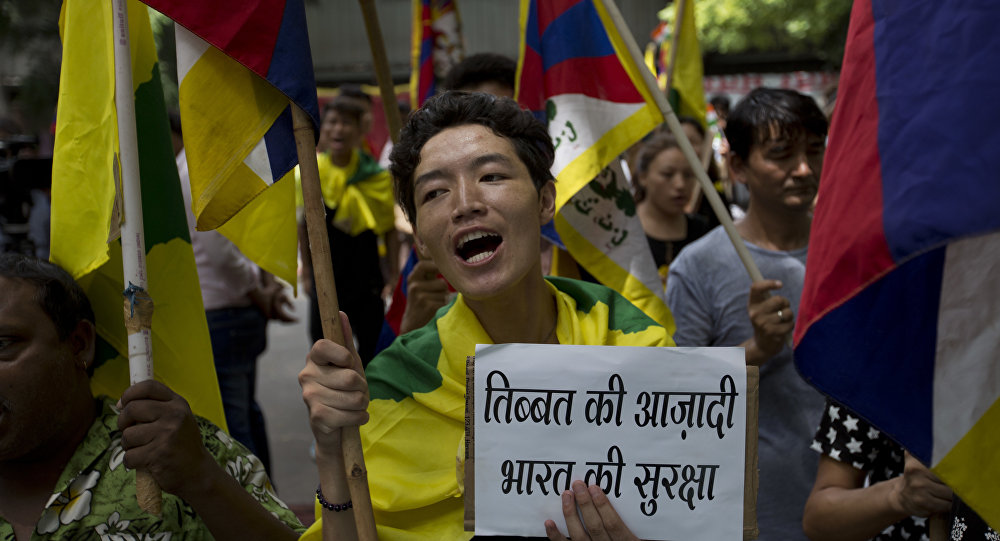 Indian experts say Chinese foreign ministry statement is “unfortunate”, “particularly after India indicated that is ready to discuss every issue related to the Doklam standoff.

New Delhi (Sputnik) — China has said that India's engagement in Doklam defies all logic and it should unilaterally withdraw troops from the region before the two sides can talk.

"If we tolerate India's ridiculous logic, then anyone who dislikes the activity at his neighbor's home can break into his neighbor's house. Does that mean when China thinks that large-scale construction of infrastructure in the border area is posing a threat, it can enter India's territory? Wouldn't that be utter chaos?" The Hindustan Times quotes her as saying.

Indian experts say Chinese foreign ministry statement is "unfortunate", "particularly after India indicated that is ready to discuss every issue related to the Doklam standoff.

"These statements are totally avoidable. Both sides have bigger stakes in friendship. No bilateral issue between India and China is that big that it cannot be resolved by negotiation and diplomatically engaging with each other. At this juncture mature and sensible approach is required. Moreover instability in the region will also have long term implications for whole of South Asia," Dr Dhananjay Tripathi, Assistant Professor at the New Delhi-based South Asian University told Sputnik.

© AFP 2019 / DIPTENDU DUTTA
India Expects China to Break Deadlock on Doklam
China blames New Delhi for the military standoff at the Doklam (Donglang in China) near the Sikkim border, which has now entered into its third month. It accuses Indian soldiers of trespassing and preventing Chinese troops from building a road in the region, which is claimed by Bhutan.

Both New Delhi and Thimpu agree the disputed land is part of Bhutan, and maintain that by building the road, the People's Liberation Army is altering the status quo discussed and agreed upon by earlier agreements.

The Doklam region is of strategic importance to India as it is situated close to Siliguri corridor, often referred as the "chicken's neck", the narrow land connecting the mainland to the remote northeastern states.