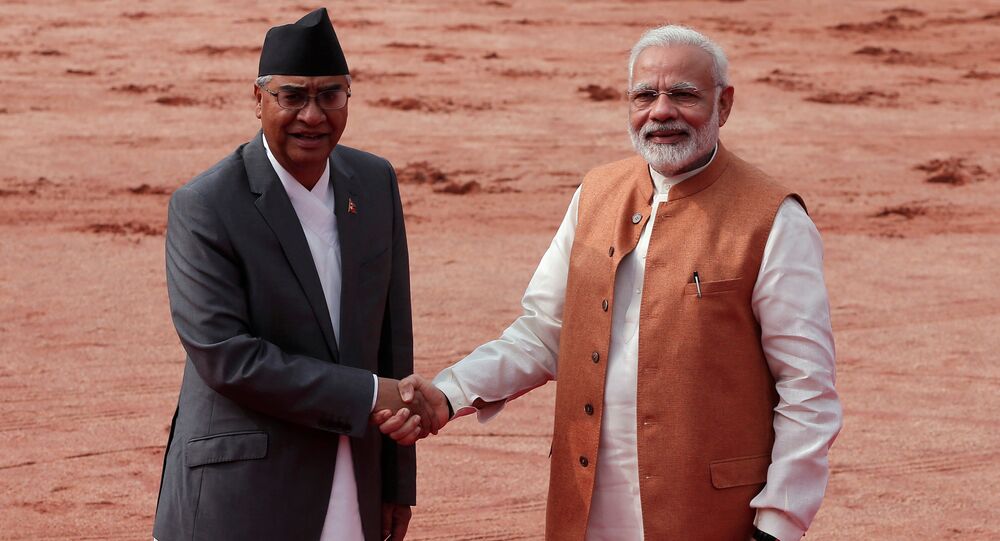 India and Nepal have signed seven memorandums of understanding and one cooperation agreement.

Earlier in the day, the Nepalese politician started his four-day visit to India.

© AP Photo / Gurinder Osan
India Tries to Reinforce Ties With Nepal While Watching Its Standoff With China
The two countries signed several MoUs focusing on a set of measures to assist Nepal in reconstruction after the deadly 2015 earthquake, as well as on development of infrastructure projects and the struggle against drug trafficking, the ministry said on its website.

The ministry added that New Delhi and Kathmandu also signed the agreement on cooperation in the field of standardization and conformity assessment.

At the same time, a Sputnik correspondent reported that Deuba and his Indian counterpart Narendra Modi launched two transmission lines from India to Nepal.

In fall of 2015, a series of strong earthquakes hit Nepal. Over 8,700 people are estimated to have been killed, and twice as many were injured. Several areas in neighboring India, China and Bangladesh were also affected. In order to assist Nepal, a number of countries, including India, Russia and Sweden among others, made a number of steps to assist Kathmandu in tackling the crisis and supporting its reconstruction.