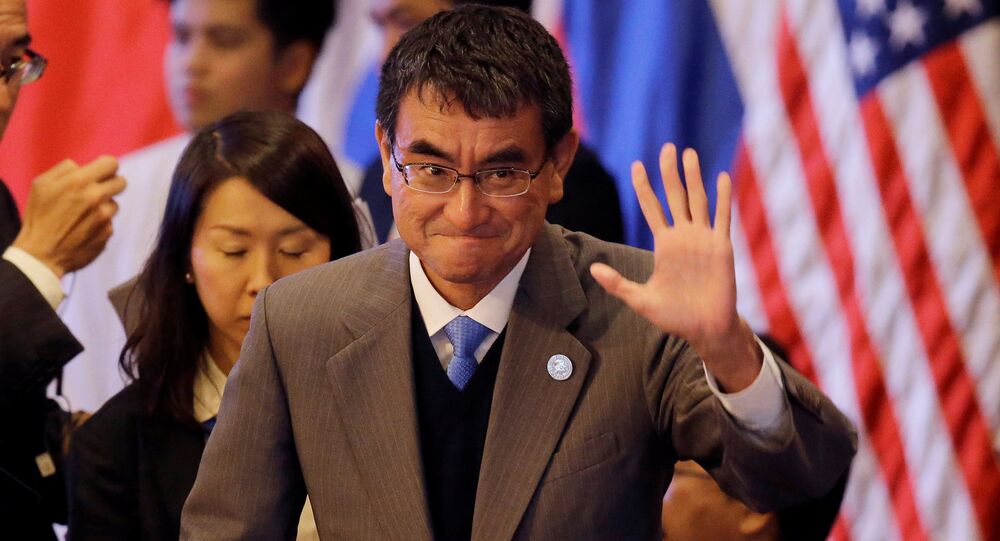 Recently appointed Japanese Foreign Minister Taro Kono on Wednesday expressed a wish to visit Russia, adding that the two countries should show flexibility with regard to each other.

"There is a homework [yet to be done] in the relations between Japan and Russia — to conclude a peace treaty… We should show flexibility, including [in] the ways of action that have not previously existed in approaches [to the issue], and look what we can do here. I would like to visit Russia someday," Kono told the Yomiuri Shimbun newspaper.

The Japanese official added that the peace treaty could be concluded by solving the issue of the territorial allegiance of the four Kuril islands.

© CC0
Japan to Develop Radar System to Detect Russian, Chinese Stealth Fighters
The Russian-Japanese relations have long been complicated by the fact that the two nations have never signed a permanent peace treaty after the end of World War II. No deal was reached due to a disagreement over a group of islands claimed by both countries — Iturup, Kunashir, Shikotan and Habomai, which Russia calls the Southern Kurils and Japan — the Northern Territories.

In recent years, Moscow and Tokyo made a number of steps aimed at normalization of relations, such as discussion of joint activities on the Southern Kuril Islands or cooperation in the fight against terrorism and strategic stability.