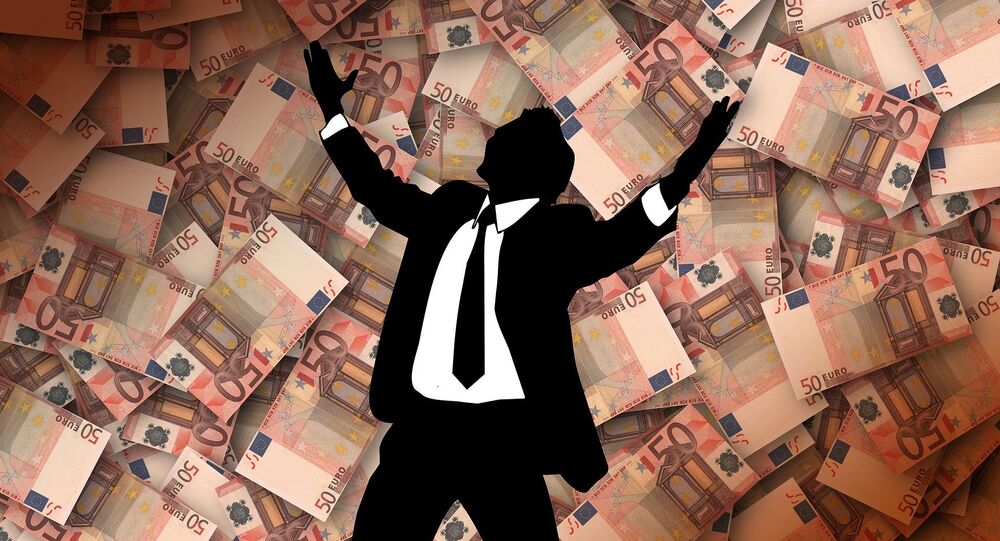 New Snowden or Crook? The Man Who Drives Wedge Between EU and Vietnam

The high-profile case of Trinh Xuan Thanh, a Vietnamese economic fugitive reportedly abducted by Vietnamese security agents from the streets of Berlin, has driven a wedge between the EU and Hanoi. Sputnik sheds light on the issue of the "Vietnamese Snowden".

On August 2, German media reported that Trinh Xuan Thanh had been returned to Vietnam for his role in the theft of $150 million during his tenure as chairman of a subsidiary of the PetroVietnam energy company.

The incident caused an angry outcry in the mainstream media and a mixed response in Vietnam itself with Luat Khoa (Justice) magazine comparing Trinh Xuan Thanh with fugitive former NSA specialist Edward Snowden who now lives in Russia.

© AFP 2021 / Pedro PARDO
Fugitive Ex-Governor of Mexican State of Veracruz Detained
In an interview with Sputnik, political scientist and historian Vladimir Kolotov said the comparison held no water and that the episode was part of Hanoi’s current crackdown on high-placed corruption.

“Snowden laid bare the global system of surveillance established by the US and large-scale human rights violations by Washington. He did that on a pro bono basis without asking for money,” Kolotov said.

He added that unlike Snowden, who was driven by idealistic intentions, Trinh Xuan Thanh is a big-time swindler who apparently acted as part of an organized group.

“The Germans refused to extradite him because they hoped to extract some state secrets from him, compromise the corrupt officials and businessmen he worked with and, using the obtained information, to get lucrative contracts by promising them safe asylum in Germany,” Vladimir Kolotov continued.

“After Trinh Xuan Thanh disappeared, the Germans blamed it on the Vietnamese authorities and started blackmailing them. If the Vietnamese government backtracks it would encourage other corrupt officials to steal and flee abroad,” he added.

​The Trinh Xuan Thanh case is part of the Vietnamese Communist Party’s ongoing crackdown on corruption by senior officials who put their personal wellbeing before the interests of the state, thus undermining the people’s trust in Community party and the government.

The very same thing happened in the Soviet Union where corrupt government officials betrayed the country’s interests for personal gain.

“Had it not been for the $150 million, good connections and the  knowledge of state secrets Trinh Xuan Thanh had, the Germans would have sent him back home in jiffy,” Kolotov concluded.

Meanwhile, Berlin has demanded that Trinh Xuan Thanh be allowed to return to Germany and declared the intelligence attaché at the Vietnamese embassy persona-non-grata.

In a commentary for Sputnik, Anton Tsvetov, an expert at the Center for Strategic Studies in Moscow, said that during the recent G20 summit in Hamburg, the Vietnamese side requested the extradition of Trinh Xuan Thanh who had applied for political asylum in Germany.

“It looks like the Germans refused [to extradite Trinh Xuan Thanh] and the Vietnamese simply ran out of patience, especially now that their anti-corruption campaign is in full swing,” Tsvetov said.

© Sputnik / Maksim Blinov
CEOs of Gazprom, PetroVietnam Discuss Cooperation on Gas Power Generation
In the latest big news from this anti-corruption front in Vietnam, police have arrested one of the top managers of Sacombank who, together with 15 other bank workers, is accused of stealing more than $400 million.

“All this will obviously deal a serious blow to Vietnam’s relations with Germany and the EU, which have previously criticized the Vietnamese authorities for their persecution of independent bloggers. Hanoi didn’t like that and it looks like it is ready for a further escalation of tensions with Europe,” Anton Tsvetov said.

Trinh Xuan Thanh disappeared after being accused of causing 150 million dollars’ worth of financial damage to the company he worked for.

Since then Thanh’s capture has been a high priority for the Vietnamese government, which had been tracking his movements since he fled the country in 2016.

In December 2016, Communist Party Chief Nguyen Phu Trong said that his capture was of the “highest priority.”