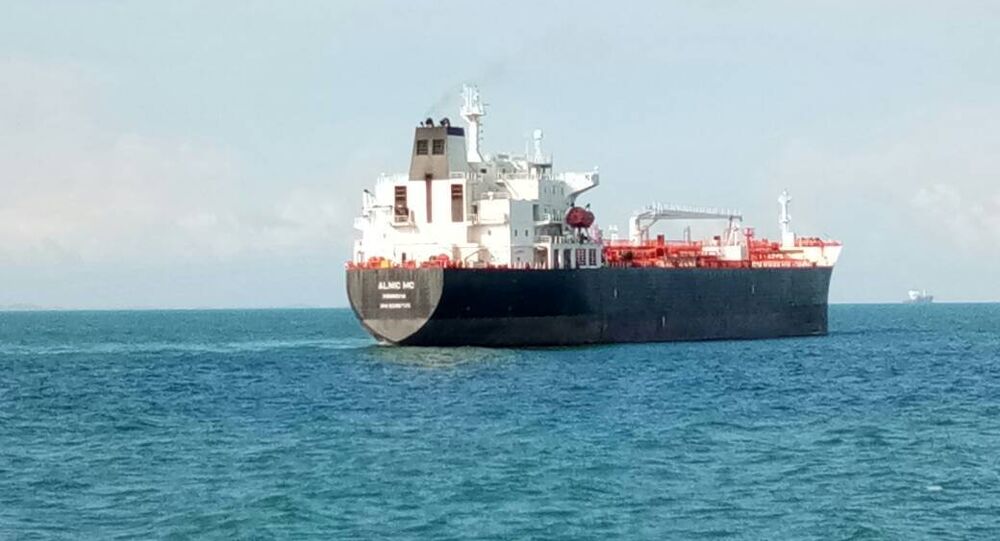 Singapore's Maritime and Port Authority (MPA) said in a statement on Monday that none of the crew members aboard Liberian-flagged merchant vessel were injured after its collision with US guided-missile destroyer east of Singapore.

MOSCOW (Sputnik) — According to the US Navy, USS John S. McCain collided with the Alnic MC near the Strait of Malacca on Monday at 5:24 a.m. Japan Standard Time (on Sunday at 21:24 GMT). There are currently ten US navy sailors missing and five injured. Initial reports reveal John S. McCain sustained damage to its port side aft, the Navy said.

"ALNIC MC sustained damage to her Fore Peak Tank 7m [23 feet] above the waterline, with no crew injuries," the statement read.

Singapore is leading search and rescue operations, while helicopters of Singapore Air Force have transferred injured sailors from USS John S. McCain to hospitals for medical treatment, the statement pointed out.

Following the incident, US President Donald Trump said his thoughts and prayers were with US Navy sailors aboard the destroyer.