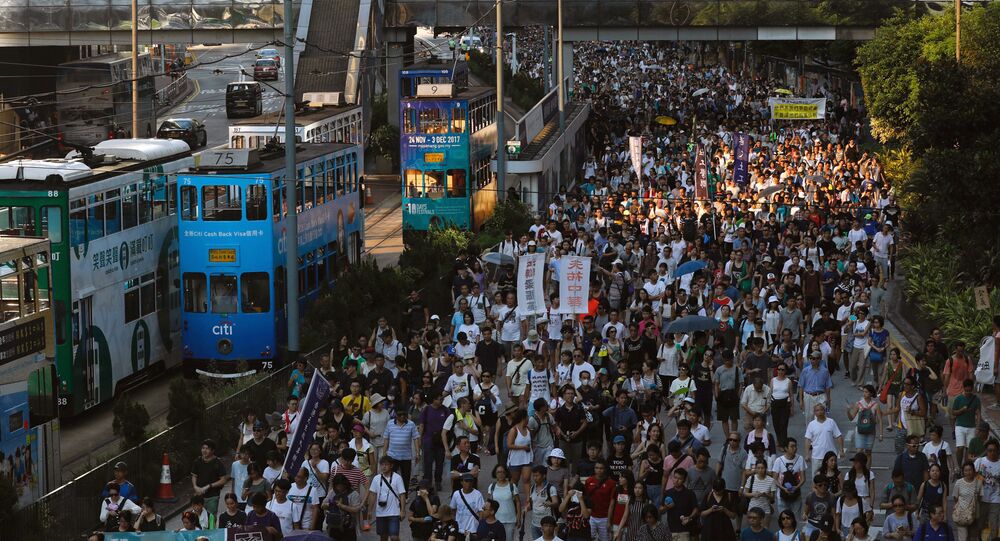 Thousands of people went out onto the streets of Hong Kong to protest against prison sentences for student political activists for their role in 2014 protests, known as the Umbrella Movement, The Straits Times reported Sunday.

It's the first time since Umbrella Movement that Hong Kong's opposition groups made high-profile calls for unity, and look at the results: pic.twitter.com/BCv7KbAXDV

​In 2014, demonstrators occupied numerous busy intersections across Hong Kong and attempted to storm the Hong Kong government headquarters. Government officials described the occupations as unlawful, and a number of activists were detained. Demonstrations lasted for 79 days before the last remaining occupied areas were cleared by police.

Hong Kong parade today to support all political prisoners in Hong Kong. I hope everyone pay attention to them. pic.twitter.com/woGz7sxoHJ

​Umbrella Movement protesters questioned the election system for Hong Kong’s top official and called for universal suffrage, which, they believe, is part of China’s promise to the former British colony under the famous "One Country, Two Systems" political structure pioneered by late Chinese leader Deng Xiaoping.