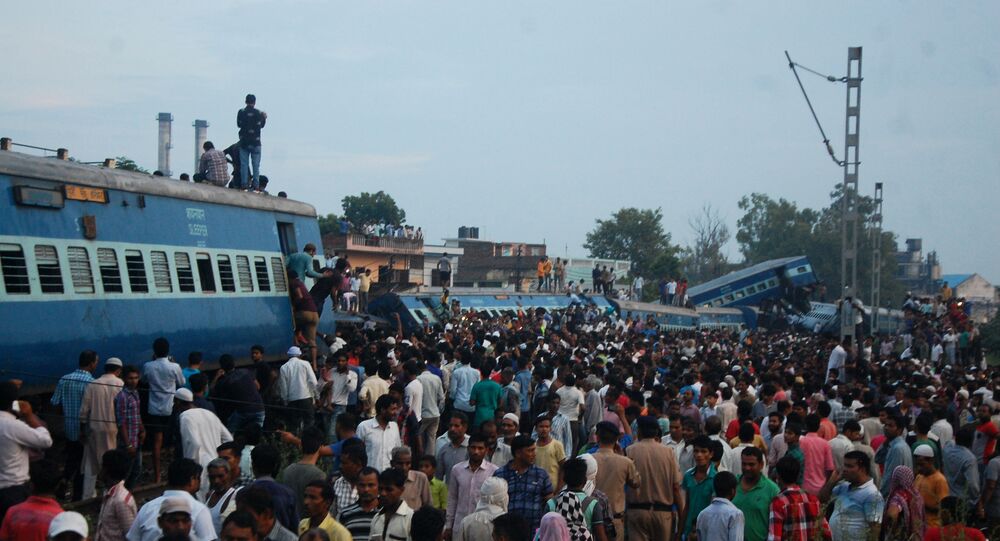 At least 20 people were killed and 150 were injured as six coaches of a passenger train derailed near the northern Indian city of Muzaffarnagar, Uttar Pradesh state, local media reported Saturday.

​The reasons behind the accident are unclear yet.

Rails cut, tracks damaged. It's NOT an accident. #Muzaffarnagar #UtkalExprees

Moreover, Indian Railway Minister Suresh Prabhu on Saturday announced compensation for the victims of the deadly train derailment in the north of the country which claimed lives of between 10 and 20 people, according to various reports.

"Ex gratia of Rs.3.5 Lakh [$5,460] for those who lost their lives,Rs.50 thousand [$780] for those seriously injured. And Rs.25 thousand [$390] for people with minor injuries in the unfortunate accident has being announced," Prabhu said on Twitter.

Ex gratia of Rs.3.5 Lakh for those who lost their lives,Rs.50 thousand for seriously injured 1/

And Rs.25 thousand for people with minor injuries in the unfortunate accident has being announced 2/

​According to the statement issued by the Northern Railway, Prabhu is personally monitoring the situation. Special buses have been arranged to carry away stranded passengers from the incident site.

​The rescue operation is underway.

Visuals from the derailment site of thre Puri-Haridwar Kalinga-Utkal Express near Muzaffarnagar in UP pic.twitter.com/ZApqLa9tuW