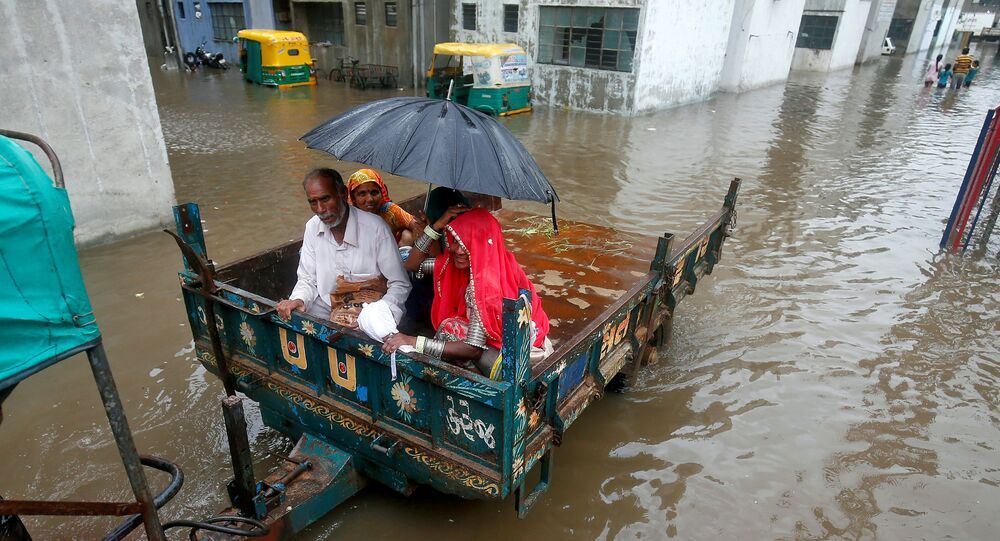 Bilateral pacts necessitate the upper riparian country to share hydrological data every year between May 15 and October 15 so that the flow of the water can be anticipated and measures can be taken to deal with flooding.

New Delhi (Sputnik) — As massive floods continue to ravage India's eastern and north eastern states, the country has blamed China for not sharing hydrological data for the trans-border river Bhramaputra that causes heavy damage to the area every monsoon. India's Foreign Ministry said China has not shared the data for river Sutlej too that flows through the northern state of Punjab to Pakistan.

"It will be premature to link it," foreign ministry spokesperson, Raveesh Kumar said.

River Bhramaputra originates in the Himalayas, joining the Ganges and drains into the Bay of Bengal. Swelling of the River during the monsoon causes heavy damage to India's Assam and adjoining states every year.

© Wikipedia
Japan Floods, Mudslides Leave 6 Dead, 19 Missing – Reports
To minimize the losses, the two countries had signed an agreement in 2006 to share hydrological information. An expert level mechanism was formed for the purpose and subsequent Memorandums of Understanding were signed in 2013 and 2015 for mutual sharing of hydrological information on River Brahmaputra, Yaluzangbu River and Sutlej, Langqen Zangbo at regular basis.

Floods in Assam have claimed the lives of 133 people and hundreds of cattle, so far this year, apart from displacing millions from their homes.