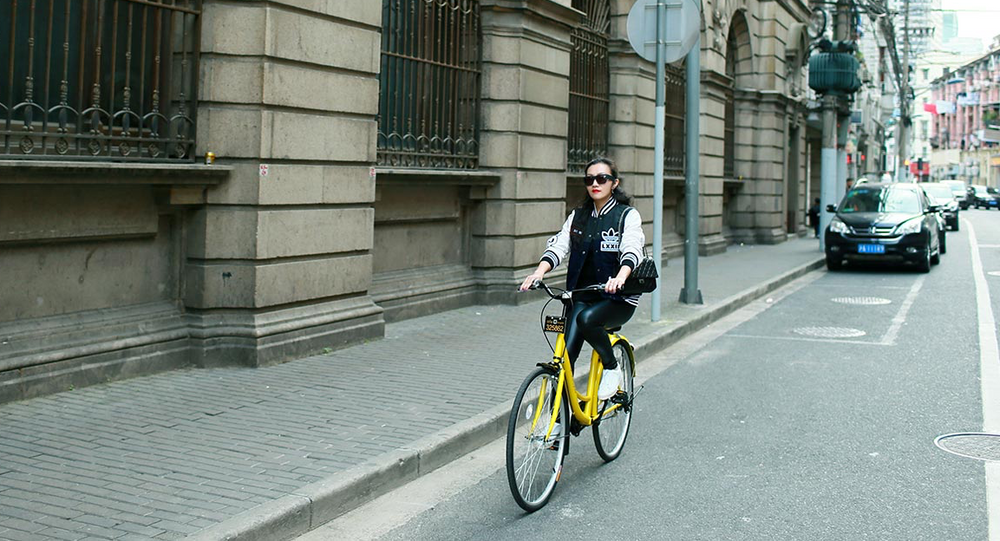 A number of China's technological innovations have recently been touted as the "new four great inventions." These are bike-sharing, high-speed railways, mobile payments and e-commerce.

© AP Photo / Andy Wong
China Needs New Plan for Silicon Valley Partnerships
Among them, the latecomer, bike-sharing, has already shown its ability to pull in huge amounts of investment from venture capital, even though it has only been around for about three years. By combining healthy cycling and short trips, bike-sharing services are indeed an effective solution to the "last mile" problem for commuters in big cities. And as it exactly fills this consumption gap in the market, it is not surprising that a lot of capital has been poured into the sector.

This demand gap stimulated the emergence of dock-less bike-sharing, which adopted mobile payment, GPS positioning and smart lock technologies. At the beginning, shared bikes were mostly concentrated in limited areas for the purpose of being manageable. But with the sector gradually becoming seen as a promising investment opportunity with big returns, a growing crop of bike-sharing operators have undergone rapid expansion, leading to a substantial increase in the number of shared bikes deployed in cities.

© REUTERS / Wolfgang Rattay
Why Germany Leaning Toward Russia, China's Position on N Korean Crisis
The investment boom in bike-sharing is still continuing, but so far, the bike-sharing companies still cannot answer the question of how to make a profit from the business. The question is especially pressing after the Chinese government asked financial institutions to strengthen oversight over deposits, which previously might have been used by bike-sharing companies for profit-taking. The cutthroat price war among bike-sharing companies has reminded people of the previous cash-burning race in the ride-sharing sector. Compared with the ride-sharing costs, the fee for using a bike is almost negligible. According to a German magazine, given that each bike is valued at about 250 euros ($296), the bike has to be used five times a day for the company to recoup its investment within a year. However, the actual frequency of use is far below that level, and the price war is also hitting revenue.

This begs a question: How come the bike-sharing sector is still able to attract so much venture capital? First of all, as a representation of the Internet age, especially the shared economy in the mobile Internet era, bike-sharing has satisfied considerable market demand, making it a perfect example of the so-called economics of the Internet era theory, which holds that businesses should focus on scale expansion rather than profits. Second, although it is unclear how bike-sharing companies can achieve profitability, the sector already has abundant cash flow thanks to its massive usage. In other words, the large customer base could mean that companies in the sector become acquisition targets for larger market participants. Abundant cash flow may be interpreted as proof of growth and the basis for financing.

© REUTERS / Carlos Barria
White House Strategist Says US at ‘Economic War’ With China
Bike-sharing, which succeeded in matching fragmented demand with fragmented supply, is indeed a kind of consumption model that improves social operation efficiency amid the Internet economy. But the current bike-sharing industry in China, as well as the entire shared economy model, still lacks a precise and reasonable business logic. Many bike-sharing companies nowadays either expand aggressively, with no idea of when to stop or make a turn, or use the shared economy as an excuse for fundraising.

The Internet era is not an economy built on stories. The foundation of the Internet era should be a combination of emerging technology and traditional business. If we take a close look at many shared economy businesses, most of them are actually disguised with beautiful stories. This will not promote the transformation and upgrading of the Chinese economy, but instead will point to greater market risks. The dot-com bubble at the end of the 20th century was a bitter lesson, and we should learn from it.

This article, written by the director of Chanson & Co, a boutique investment bank in Beijing, was originally published in the Global Times.