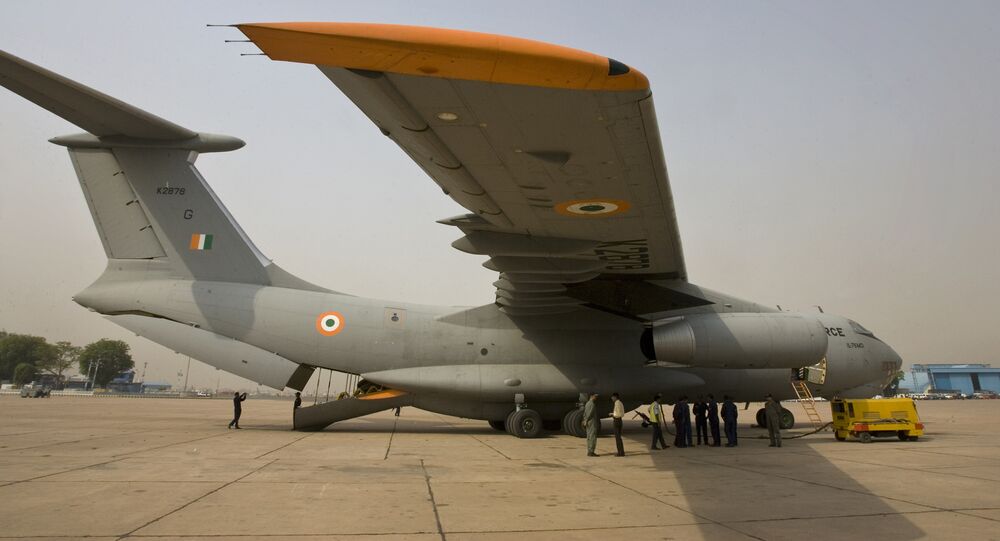 India’s apex auditor in its recent report blamed the delay in servicing & repairs for low level of serviceability of the Ilyushin fleet of the Indian Air Force. The delay was attributed to the poor availability of spares and delay in signing maintenance support contract with original manufacturers.

New Delhi (Sputnik) – India has adopted a policy to acquire training and maintenance manuals of imported defense aircraft from original manufacturers so that maintenance, repair and overhaul could be done at home in a more cost effective and timely manner.

The IL-76 and IL-78 acquired from Russia’s Ilyushin have been identified for an immediate overhaul. The defense ministry had directed the Indian Air Force in 2014 to finalize a proposal with Ilyushin Aviation Complex for long term maintenance of aircraft. However, such proposal is still pending. The Indian government now plans to soon approach the Russian firm asking it to authorize the Maintenance, Repair and Overhaul (MRO) wing of Air India Engineering Services Limited to carry out the overhauling task.

© AP Photo / Ajit Kumar
India’s IL-78 Fleet Rusting Away Hangar-Less Since 2003, Says Auditor
Serviceability denotes that the aircraft are airworthy, which is the ability of airborne systems to operate without significant hazard to aircrew, ground crew, passengers or the general public over which such systems are flown. The serviceability level of IL-76 and IL-78 desired by IAF is 70 per cent, but the audit found that serviceability of IL-76 during 2010-11 and 2015-16 on an average was only 38 per cent and that of IL-78 was only 49 per cent.

“Suitable measures may kindly be initiated to negotiate with original equipment manufacturers (OEMs) of defense aircraft to give training and maintenance manuals so that we can maintain the defense aircraft at much cheaper cost and better turnaround time, as compared to giving the maintenance to OEMs abroad,” R.N. Choubey, senior most bureaucrat of India’s ministry of Civil Aviation wrote to Indian Defense Ministry.

Presently, Air India Engineering Services Limited has the capability to service crucial transport aircraft of IAF but due to lack of authorizations from OEMs and unavailability of technical details of MRO, India has to send its transport fleet to Russia for overhauling.

Ilyushin series of aircraft, namely IL-76 and IL-78 are heavy lift tactical transport aircraft and are important assets of the transport wing of the IAF. IL-78 is specialized for air to air refueling (AAR). The IAF has 14 IL-76 aircraft, procured during 1985 to 1989 from Russian Aviaexport and six IL-78 aircraft procured during 2003-04.