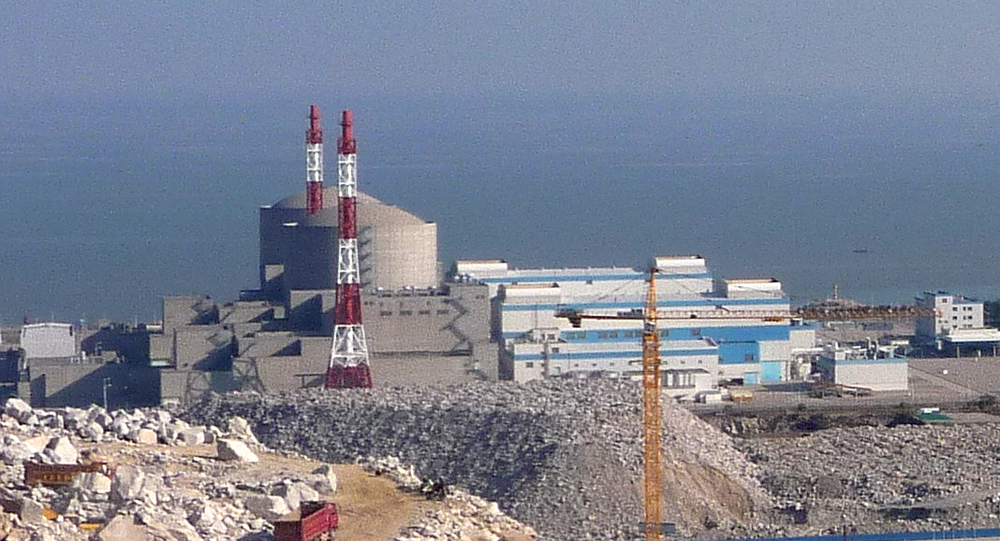 According to Rosatom, nuclear fuel loading into unit 4 of China's Tianwan Nuclear Power Plant is planned for summer 2018.

© AP Photo / Rafiq Maqbool
Russia, India Sign Contract for Design of 3rd Stage of Kudankulam NPP
At the same time, Andrey Lebedev, Vice-President for the South Asia Projects of ASE EC said that the reactor facility was in a high degree of readiness, as the installation of the main circulation pipeline had been completed, and the main equipment was being installed.

Russia and China have long been cooperating in the sphere of nuclear energy use for peaceful purposes, with the Tianwan NPP being the largest joint project. Two NPP’s units with VVER-1000 reactors with a capacity of 1,000 MW each were launched in 2007, whereas the construction of the third and the forth units is still underway. In addition, the possibility of joint construction of units 7 and 8 is being discussed.

In November 2016, Russia and China issued a joint statement on developing strategic cooperation in peaceful use of nuclear energy.