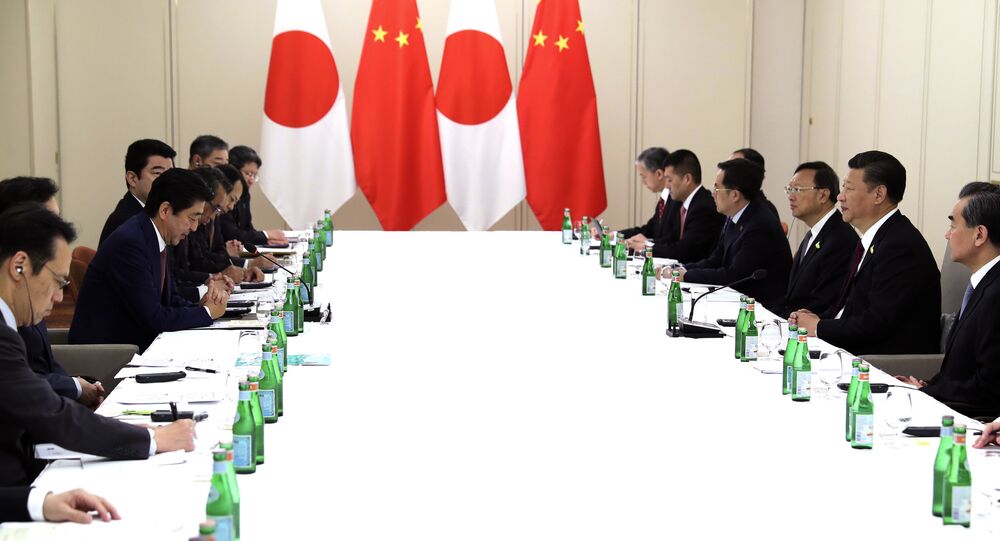 Judging from current GDP growth and the change of manufacturing purchasing managers’ index (PMI), China’s economic growth will not see a V-shape rebound though it has stopped falling, said Cai Fang, deputy director of the Chinese Academy of Social Sciences.

The country's economic growth is declining as a result of rising labor cost, insufficient human capital and decrease in capital returns in the 21st century, especially in the first decade, Cai said at the 2017 Netease Annual Economist Conference held recently.

© AFP 2021 / NICOLAS ASFOURI
We Can Work it Out? US, China Announce Intention to Strengthen Military Ties

"The real growth of a healthy economy should conform to potential growth, just like a person's running speed is determined by their physical condition," Cai said. Based on downward potential growth, China's economy in the long term will slow down, he warned.

China's economic growth is expected to present L-shaped trajectories in the long term, the economist said.

We Can Work it Out? US, China Announce Intention to Strengthen Military Ties

US-China 'Trade War': Is It Just a Diversion Tactic for Trump Voters?