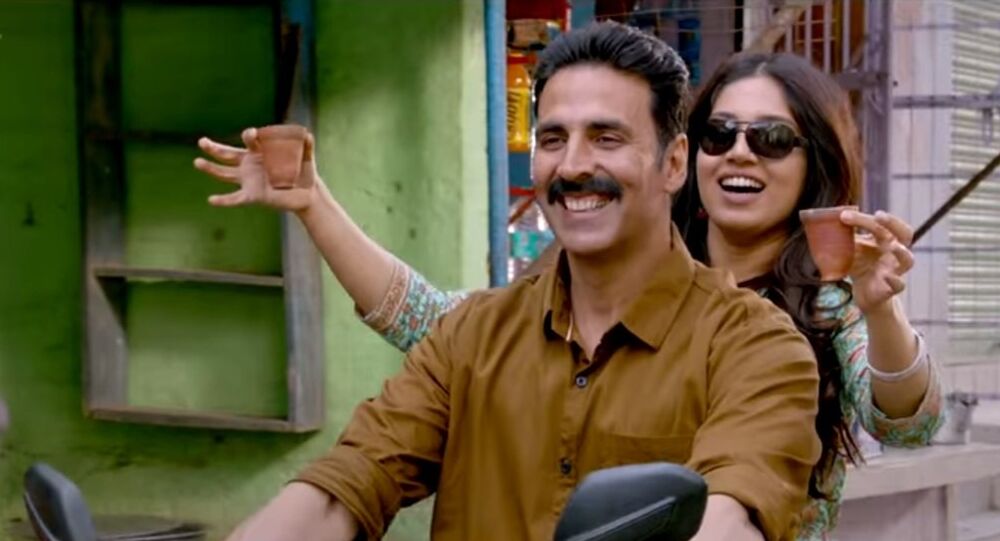 “Toilet: A Love Story” is a satirical take woven around an Indian man's struggle to win his estranged wife by building a toilet for her and fighting the long tradition of relieving nature’s call in open fields.

The film draws inspiration from the May 2011 story of Anita Narre, a woman from a remote central Indian village, who left her husband as he didn't have a toilet in his house.

© AP Photo / Aaron Favila
India to Use Bio Fuel for Its Warships
The movie has talented Bhumi Pedenkar reliving Anita's ordeal, while mega-star Akshay Kumar plays the husband's part, fighting the system and societal mindset to get a toilet in his house.

The movie dovetails well into Prime Minister Modi’s Clean India campaign, with the lead actor Akshay Kumar even tweeting support for the drive. Prime Minister Modi responded by saying that the movie was “a good effort to further the message of cleanliness.”

Good effort to further the message of cleanliness. 125 crore Indians have to continue working together to create a Swachh Bharat. https://t.co/C0XKPpguW7

​Toilets have been built in 45.7 million Indian households that did not have lavatories so far, according to data from Swachh Bharat Mission (Clean India Mission) tabled in the Indian parliament. But still, more than 50% of the Indian population defecates in the open.

The lack of basic sanitation has been blamed for spread of diseases. It is also a major risk for women who are forced to travel to far off fields and roadsides to relieve themselves even at night.

The UN Children’s Fund says that 50% of rape cases in India are linked to women going to relieve themselves in the open.

In an interview, lead actress Bhumi Pednekar said that the movie gives the social message in subtle manner.

“For beginners, Toilet Ek Prem Katha does deal with important social issue, but it isn’t the film that’s preachy. We aren’t taking a nail and a hammer and hitting your head. We are following Keshav and Jaya and their love story. And through them you realize that this actually an omen in our society. This isn’t healthy for our society,” News 18 quoted Pednekar.