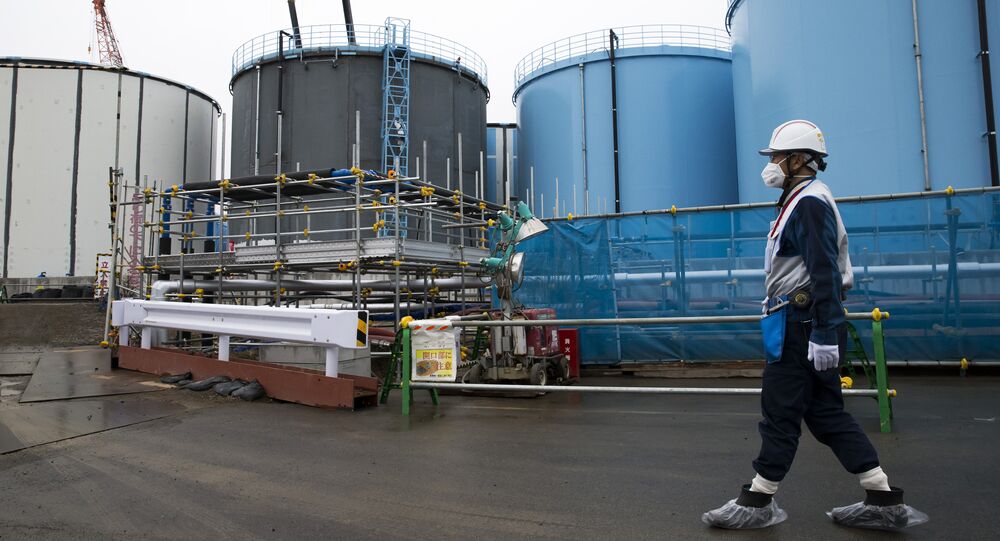 Japan's Nuclear Regulation Authority has approved the completion of the remaining parts of the Fukushima nuclear power plant's "ice wall" ground freeze beneath the station in order to prevent groundwater from entering the damaged reactor's facilities, local media reported Tuesday.

MOSCOW (Sputnik) – The plan stipulates creating a 0.9 mile long barrier by circulating coolant of 30 degrees below zero in pipes buried around the building. The "ice wall" is expected to keep groundwater from entering the station and therefore prevent an increase in amounts of water contaminated by radioactive substances. Initially, the Nuclear Regulation Authority was concerned with the fact that if the whole wall was created, it would probably lead to a drastic decrease in water in the area around the station and cause leakages of contaminated water outside the damaged reactor's building. Experts thus previously ruled to leave a 23-foot section of the wall unfrozen.

© AFP 2021 / JIJI PRESS
Robot May Have Finally Found Melted Nuclear Fuel at Fukushima Disaster Site
According to the NHK broadcaster, the Tokyo Electric Power Company (TEPCO), responsible for the project, claimed that the completion of the wall would not result in a sudden decrease of water levels, and even if it would, the company promised to take immediate measures. After considering the company's position, experts allowed to complete the "ice wall."

The broadcaster said that TEPCO will begin the remaining work on August 22, completing the soil freeze that first began in March 2016. It was also reported that after the works are completed, the Nuclear Regulation Authority would carefully assess the results and examine whether there have been any positive improvements in water contamination.

In 2011, a major earthquake triggered a tsunami that hit Japan's Fukushima NPP and led to the leakage of radioactive materials and the shutdown of the plant. Following the incident, Tokyo shut down all the NPPs in Japan and began to restart them after introducing new security standards.