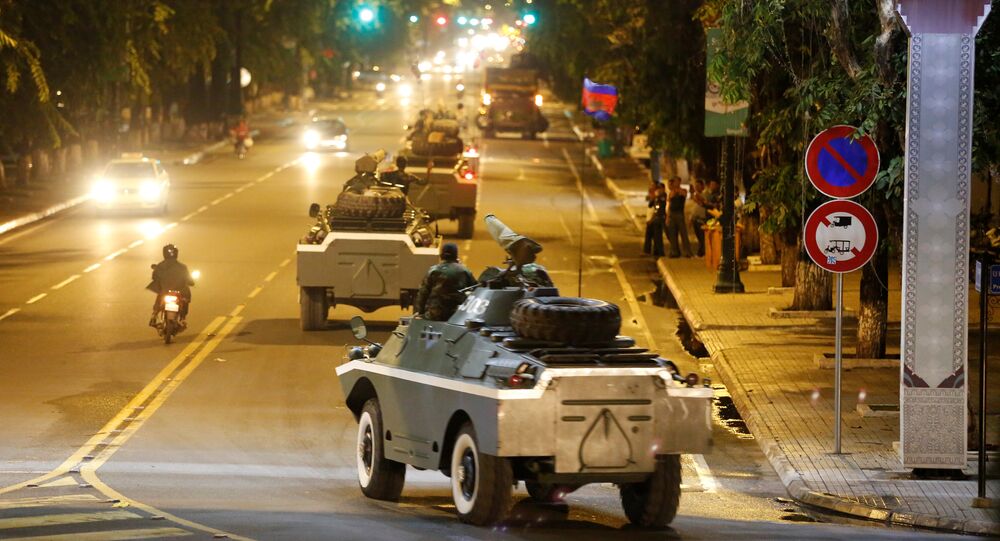 Cambodia and Laos reached an agreement for all Laotian troops to be withdrawn from a disputed area in Cambodia following a relevant ultimatum by Cambodian Prime Minister Hun Sen, Laotian Prime Minister Thongloun Sisoulith said Saturday.

MOSCOW (Sputnik) — Earlier in the day, Hun Sen held talks with Sisoulith to discuss the issue of withdrawal of troops.

"Today, we had frank talks in a friendly manner… In order to restrain the situation in that area from being intensified and consequently developing into military confrontations, I and Prime Minister Hun Sen have agreed that the Lao side will withdraw the remaining troops… I have ordered all relevant forces to withdraw not later than tomorrow morning," Thongloun said at a joint press conference as quoted by Laotian state-run news agency KPL.

© AP Photo / Heng Sinith
Rumble in the Jungle? Cambodia Threatens War Over Laos Border Dispute
On Friday, Hun Sen said he had ordered Cambodian troops to be sent to the border area in the northern Stung Treng province and urged Laos to withdraw its troops until August 17 to avoid military confrontation. According to the Cambodian prime minister, 30 Laotian servicemen have been in Cambodia since April.

Cambodia shares a 335-mile land border with Laos, but some of its large segments have not been demarcated, entailing territorial wrangles. According to media reports, up to 100 Lao servicemen were deployed to the disputed border area in different periods since April, building trenches and dugouts there.