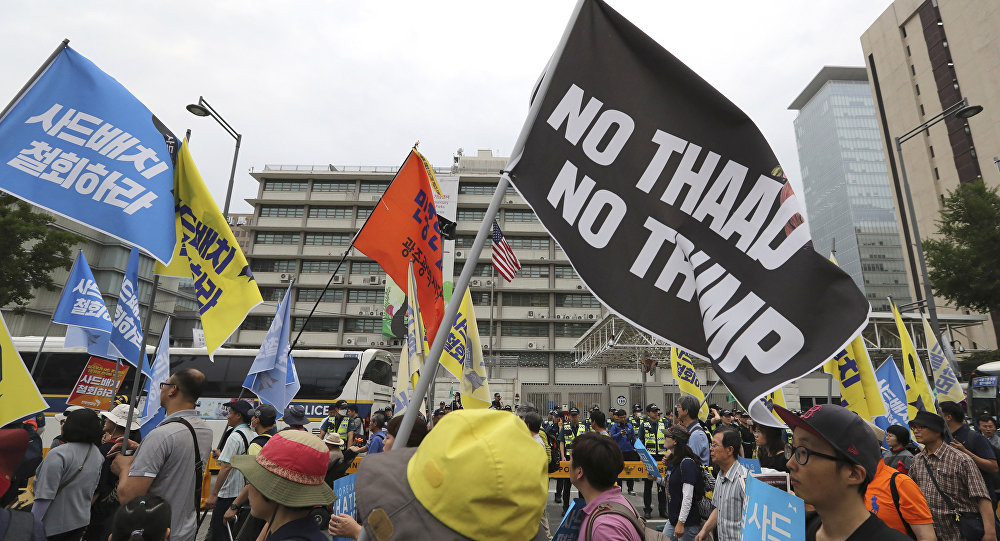 According to the Yonhap news agency, experts from defense and environment ministries arrived in Seongju on Saturday, some 186 miles southeast of Seoul, to study electromagnetic radiation and noise from THAAD.

© Sputnik / Grigoriy Sisoev
Deployment of US THAAD in South Korea Destabilizes Region - Russian Envoy to UN
In July 2016, following five months of negotiations, Seoul and Washington agreed on the deployment of THAAD units that might, where necessary, intercept ballistic missiles from North Korea. THAAD is designed to shoot down short, medium, and intermediate range ballistic missiles in their terminal phase.

South Korean President Moon Jae-in, who officially came to office on May 10, has repeatedly criticized the previous government for agreeing to host the THAAD system without first seeking parliamentary approval. Moon subsequently suspended the deployment in order to carry out an investigation into the environmental consequences of the move.