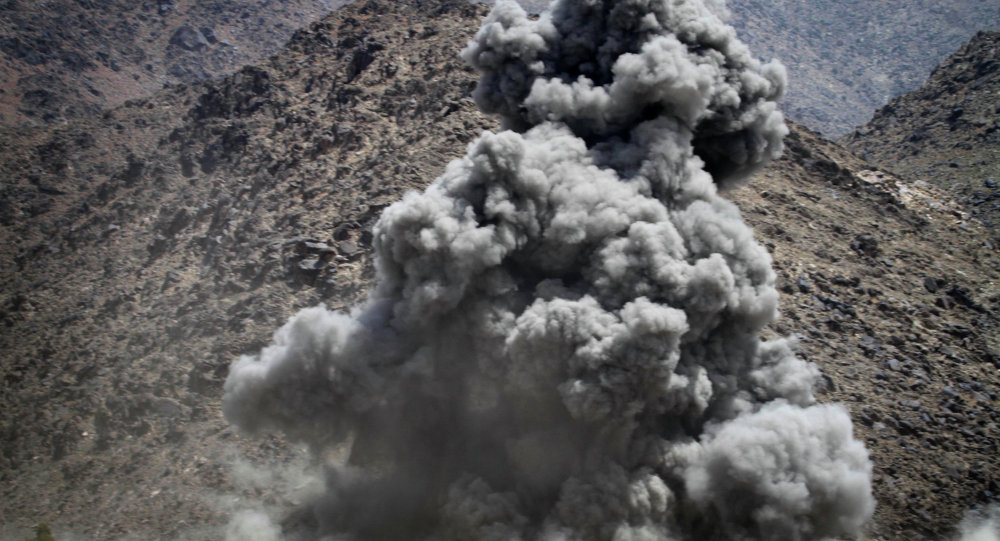 The US strike in the Haska Mena district of Afghanistan’s eastern Nangarhar Province on Thursday targeted militants and resulted in no civilian casualties contrary to reports, United States Forces-Afghanistan spokesman Bob Purtiman said.

WASHINGTON (Sputnik) — Local media reported earlier in the day that at least 16 civilians died in an airstrike in the area.

"The militants were observed loading weapons in to a vehicle and were under surveillance until the vehicle was destroyed by an airstrike," Purtiman said on Friday.

"The strike was conducted in the middle of open terrain. There was zero chance of civilian casualties."

© REUTERS / Parwiz
Resolute Support? At Least 16 Civilians Killed in Foreign Forces' Airstrike in East Afghanistan
TOLO News cited sources as saying that the deadly airstrike was carried out in the Haska Mina district late on Thursday. According to the source, there are women and children among the victims.

Nangarhar is an Afghan territory bordering Pakistan. On April 13, the US dropped a non-atomic bomb in the Achin district of the Afghan province of Nangarhar, known as the “Mother of All Bombs” or MOAB.

Afghanistan has been experiencing significant political, social and security-related instability for decades, as terrorist organizations, including Daesh and the Taliban terrorist groups, which continue to stage attacks against civilian and military targets.