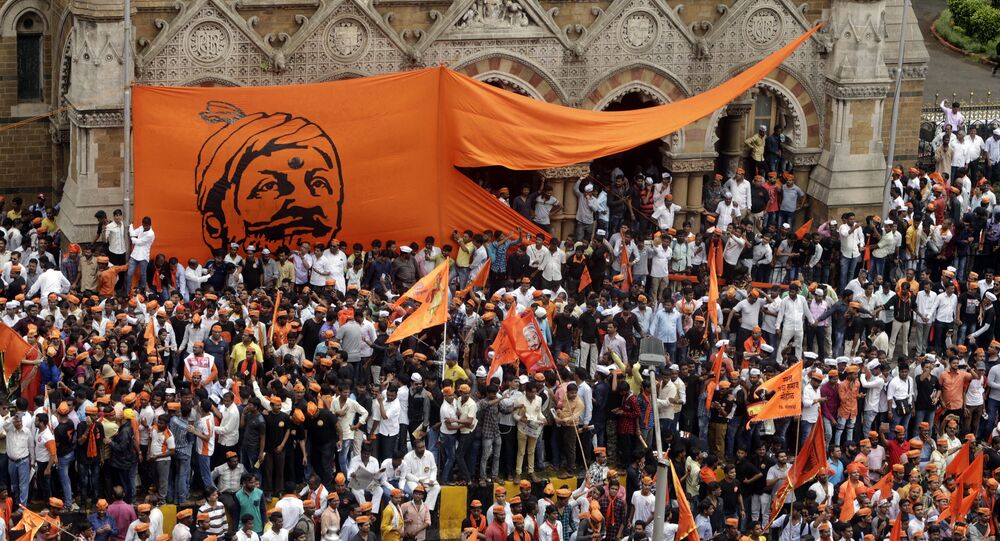 The agrarian crisis in India’s central state of Maharashtra has driven millions of youth from the state’s farming community to congregate in the capital Mumbai demanding reservation in government jobs.

New Delhi (Sputnik) — The congregation at the historic Azad Maidan marks the culmination of a year-long protest by the farming community, mainly the ethnic Maratha community, under the Maratha Kranti Morcha (Maratha Revolutionary Front). The front carried out a protest march in 57 different places in the last one year.

Local authorities said they have made arrangements to accommodate one million protestors at Azad Maidan but expect the number to be higher.

Maratha Kranti Morcha On Roads In A Silent Rallyhttps://t.co/htQvZ3bge6

© AP Photo / Manish Swarup
Indian Farmers Accuse Weatherman of Faking Rain Forecast, File Police Complaint
​The Maratha community constitutes a third of state's population and most of them are engaged in farming. Agriculture has suffered a huge set back in recent years due to unfavorable weather conditions and failure of genetically modified cotton crops (Bt cotton). Given this crisis, youth from the farming community are forced to look for other means of livelihood.

Notwithstanding the fact that Maharashtra is the biggest beneficiary of foreign direct investment, the state has not been able to generate jobs at an equal pace in the private sector. $29 billion (46%) out of the total FDI of $63 billion in the year 2016-17 went to Maharashtra.