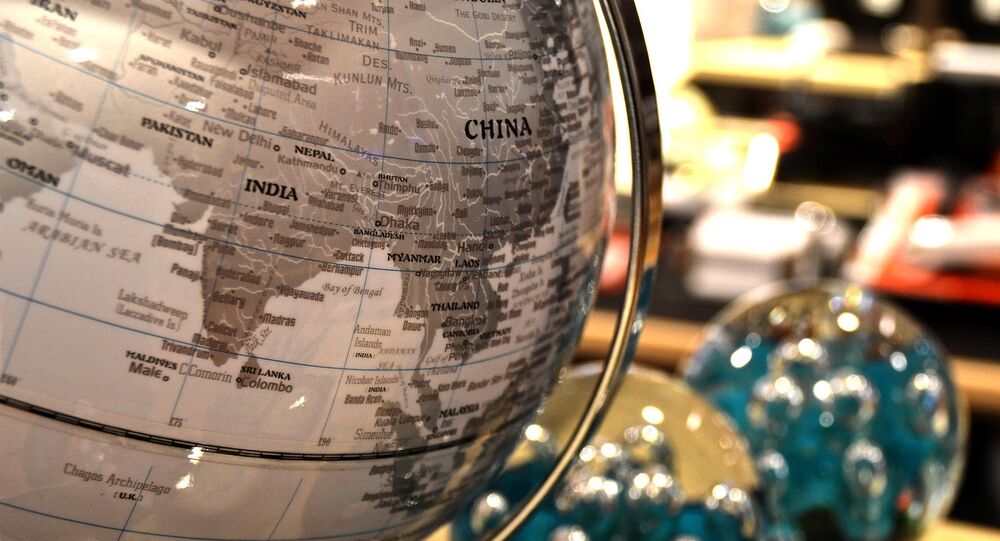 India aims to counter China’s Belt and Road initiative that focuses on connectivity and cooperation between Eurasian countries. China has been largely successful in roping in most South Asian countries in this project by citing the ancient Silk Route.

© AFP 2021 / RAVEENDRAN
Virtual Tour of History: Indian Prime Minister Inaugurates New Hi-Tech Museum
New Delhi (Sputnik) — India has established two research projects to map its ancient maritime and trade linkages with countries of Southeast Asia. By researching and substantiating its claims of centuries' old closeness with Southeast Asian countries, New Delhi hopes to leverage its ‘Act East' policy that aims to bolster India's standing as a regional power bycultivating extensive economic and strategic relations with the nations of region and by enforcing a counterweight to the strategic influence of China.

Such research would prove to be crucial documents to build favorable public opinion especially in Vietnam, the Philippines, Malaysia, and Thailand which have maritime boundary dispute with China.

General VK Singh (retired), India's Minister of State for External Affairs has announced the commissioning of the two projects at 8th Mekong-Ganga Cooperation (MGC) Ministerial Meeting in Manila, the Philippines on Monday. The first project, called "Sailing to Swarna Bhumi," will chart and research maritime encounters as reflected in the syncretic cultures of India and South East Asia. The second project, named as "Mapping of Inscriptions along the Mekong," will document inscriptions left by Indian nobles and traders along the Mekong River, which was the main artery of cultural interaction between India and mainland South East Asia for many centuries.

"In an effort to map our shared civilizational linkages, we have commissioned the two projects," VK Singh said.

© REUTERS / Anindito Mukherjee
History Museum Ravaged by Fire: India Loses 160 Mln Year Old Dinosaur Fossil
Apart from a 3000km high-speed rail corridor from southwest China to Singapore, China is developing ports, rails, and road on the basis of ancient trade link known as Silk Route. India is particularly wary of China's involvement in the development of Kyaukphyu port in Myanmar, the Hambantota and Colombo port city projects in Sri Lanka, and Gwadar port in Pakistan, apart from a military logistics base in Djibouti, as the country suspects it to be China's tactic to strategically encircle India.

Meanwhile, India will be conducting the ASEAN-India Connectivity Summit in October 2017 in New Delhi to examine all facets of connectivity. "It will be our endeavor to identify and examine connectivity prospects between India and ASEAN, with a focus on the MGC region," VK Singh added.
The Mekong-Ganga Cooperation (MGC) is an initiative by six countries — India and five ASEAN countries, namely, Cambodia, Lao PDR, Myanmar, Thailand and Vietnam for cooperation in tourism, culture, education, as well as transport and communications. It was launched in 2000 at Vientiane, Lao PDR. Both the Ganga and the Mekong are civilizational rivers, and the MGC initiative aims to facilitate closer contacts among the people inhabiting these two major river basins. The MGC is also indicative of the cultural and commercial linkages among the member countries of the MGC down the centuries.