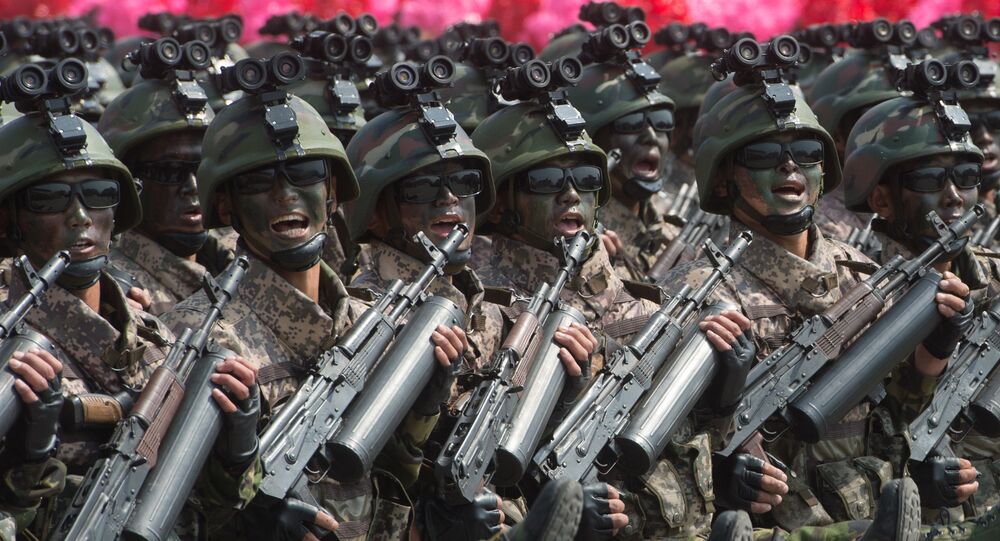 North Korea has slammed the United Nations for imposing new sanctions on Pyongyang, saying that the country will mobilize its national power and take "fair measures" to stop infringements upon the country's sovereignty.

TOKYO (Sputnik) — North Korea has pledged to take decisive steps, including "physical actions," in response to the newly adopted UN Security Council sanctions against Pyongyang, according to the country's government statement published by the Korean Central News Agency (KCNA) on Tuesday.

"They should realize that North Korea will take strategic steps, including physical actions, mobilizing all its national power," the statement read.

The resolution itself was reportedly labeled a "gang-like action" aimed at infringing upon North Korean sovereignty and which would be followed by "fair measures taken by the army and the people."

Most recently on both July 4 and July 28, Pyongyang conducted tests of intercontinental ballistic missiles. According to the KCNA, the latest launch on July 28 was successful with the missile having reached the altitude of 3,725 kilometers (2,314 miles) and traveled 998 kilometers for about 47 minutes before falling in the Sea of Japan.