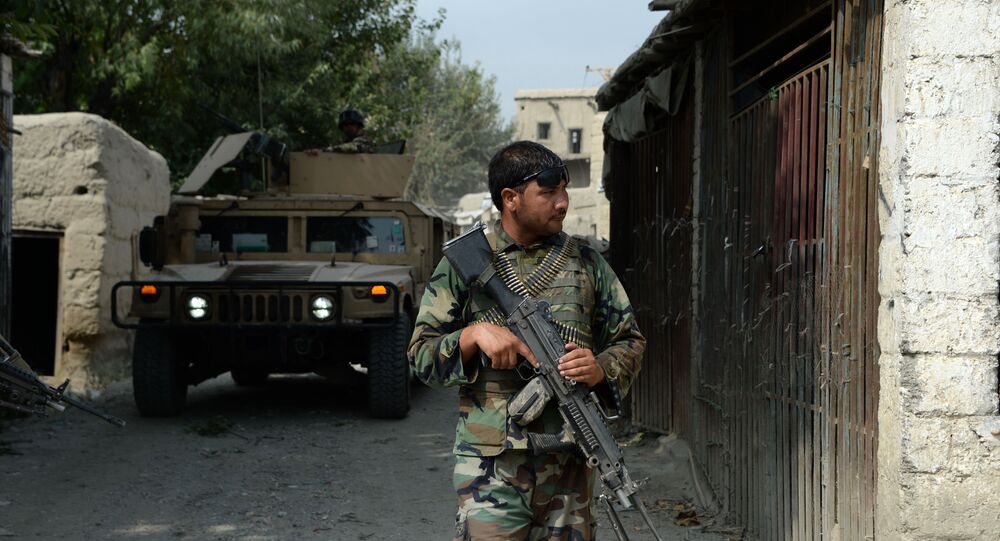 Taliban top commander known as "Zarqawi" was killed in the Khogyani district by Afghanistan’s security forces, according to media reports.

According to the Khaama news agency, Taliban top commander known as "Zarqawi" was killed in the Khogyani district. Besides, the security forces eliminated another terror group's commander and injured two Taliban militants.

© REUTERS / Omar Sobhani
Militants Massacre Up to 40 Civilians in Northern Afghan Village
The provincial government added that an Afghan national police officer was killed during the clashes.

Afghanistan has long been facing instability due to continued fighting between the government forces and the Taliban, which seized vast territories in the Afghan rural areas. Besides, the instability in the country prompted the emergence of the local cells of other extremist organizations such as the Islamic State (banned in Russia).