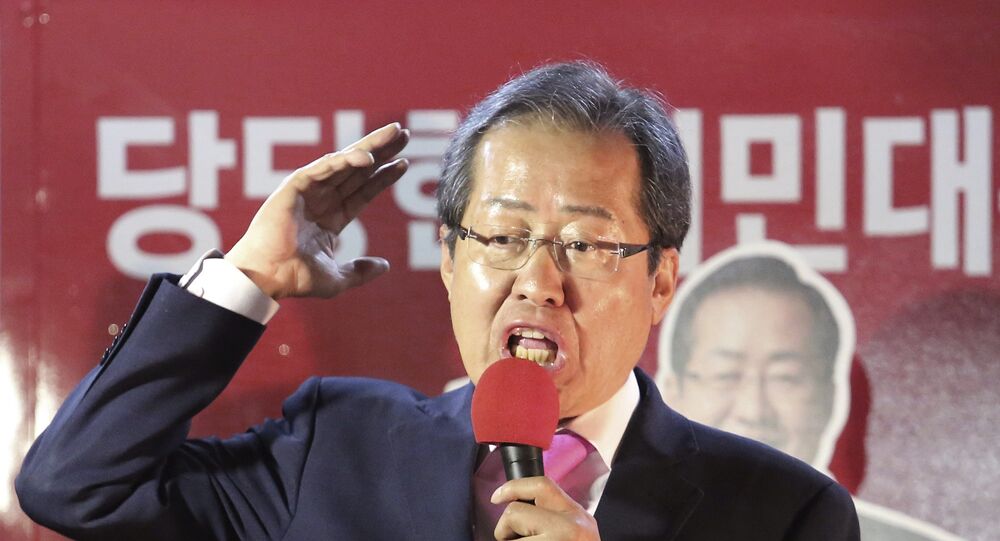 "Peace will come when we achieve a balance of power, not when we are begging for it… It is time for us to engage in earnest discussions with the U.S. over the redeployment of tactical nukes through a strengthening of the alliance," Hong said at a meeting with senior party officials, as quoted by the Yonhap News Agency.

According to the media outlet, Hong's statement was overwhelmingly supported by other party members, who decided to seek redeployment of the US nuclear arms as an official party line.

© REUTERS / KCNA
Seoul: North Korea Likely to Conduct Sixth Nuclear Test Soon
On Wednesday, Yoo Seong-min, Liberty Korea Party's former presidential candidate, called on the government to look into a possibility of having a nuclear sharing policy with Washington, similar to the one adopted by the Untied States and five NATO member states: Belgium, Germany, Italy, the Netherlands and Turkey. The policy stipulates that states which did not possess nuclear weapons could be involved in the planning of NATO's nuclear weapons use and delivery of these weapons in the event of their use.

The situation on the Korean Peninsula has become aggravated in recent months due to a series of missile launches and nuclear tests conducted by Pyongyang, all of which are claimed to be in violation of UN Security Council resolutions. On Saturday, the UNSC unanimously adopted Resolution 2371, which further tightens sanctions imposed on North Korea.