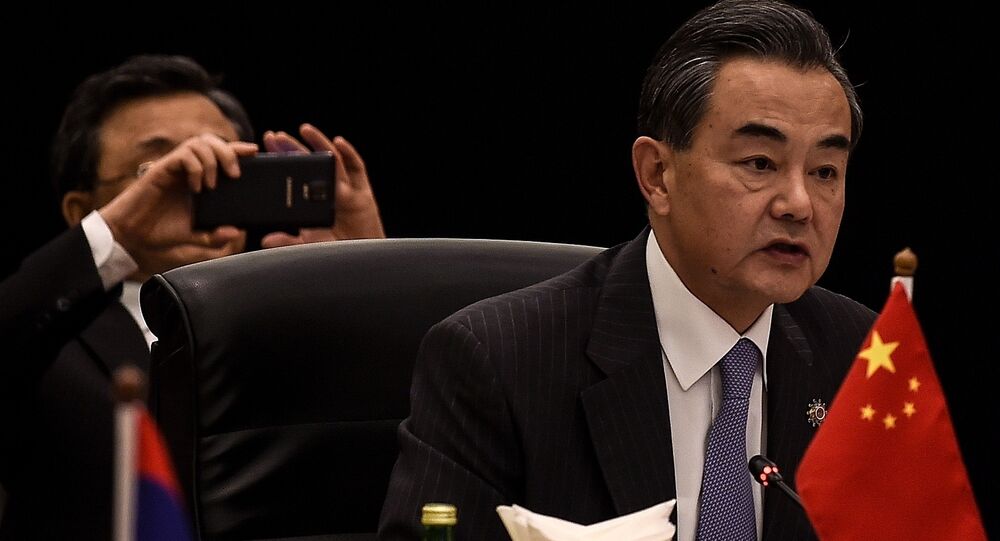 Chinese Foreign Minister stated that China would like to expand cooperation both Australia and Malaysia, local media reported.

Earlier in the day, Wang met his counterparts from Australia and Malaysia in the Philippine capital of Manila on the sidelines of the Association of Southeast Asian Nations (ASEAN) foreign ministerial meeting.

According to the Xinhua news agency, during the meeting with Malaysia's Anifah Aman the Chinese minister stressed that Beijing hoped to enhance ties in the spheres of defense, law enforcement, as well as in investments and construction of infrastructure.

The news outlet added that during the meeting with Julie Bishop, the chief of Australia's foreign service, Wang said that Canberra had always been the stable Beijing's partner and expressed hope that such situation would continue in future.