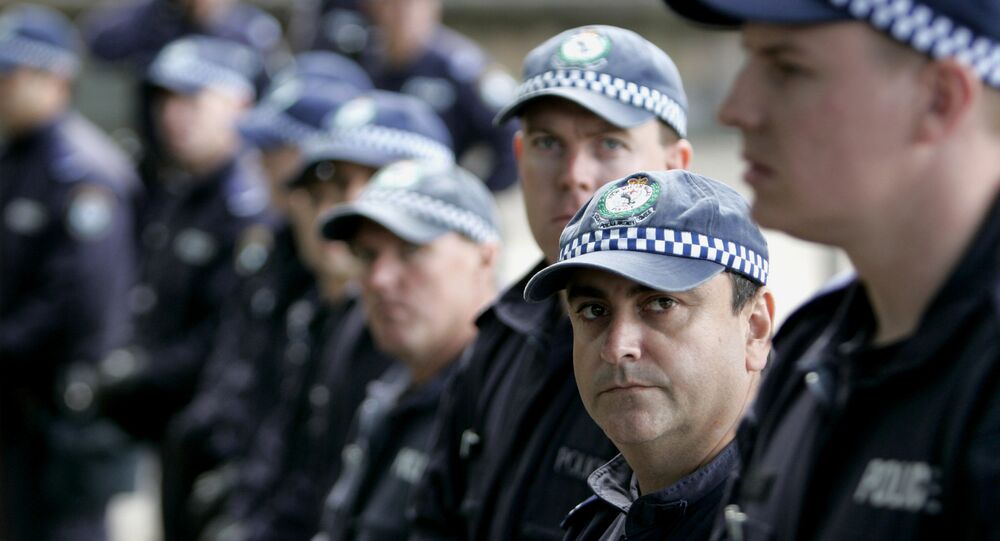 The fourth individual detained by the Australian authorities in July on suspicions of plotting a terror attack to bring down an airplane, was released on bail, Australia’s Federal Police said in a press release on Sunday.

MOSCOW (Sputnik) – Out of the four individuals arrested by the Australian authorities on July 29 over suspicions of plotting a terror attack, two men were charged with life imprisonment while one man was released without charge, the statement added.

"A 39-year-old man, detained in relation to allegations regarding a potential terrorist attack, has been charged with one count of Possession of Prohibited Weapon and released from police custody," the statement read, adding that the man had been bailed to appear at court on August 24.

© AP Photo / Dean Lewins
Foiled Australian Terrorists Planned Chemical Attack as Well as ‘Sophisticated’ Plane Bombing - Police
On July 29, the four men were detained as part of an anti-terror operation during which the Australian police had prevented a terrorist plot to bring down an airplane. Australian Federal Police Commissioner Andrew Colvin characterized the perpetrators’ actions an Islamic-inspired terrorism.

Australia's terrorist threat level is currently "probable," meaning that individuals or groups continue to possess the intent and capability to conduct a terrorist attack in the country.