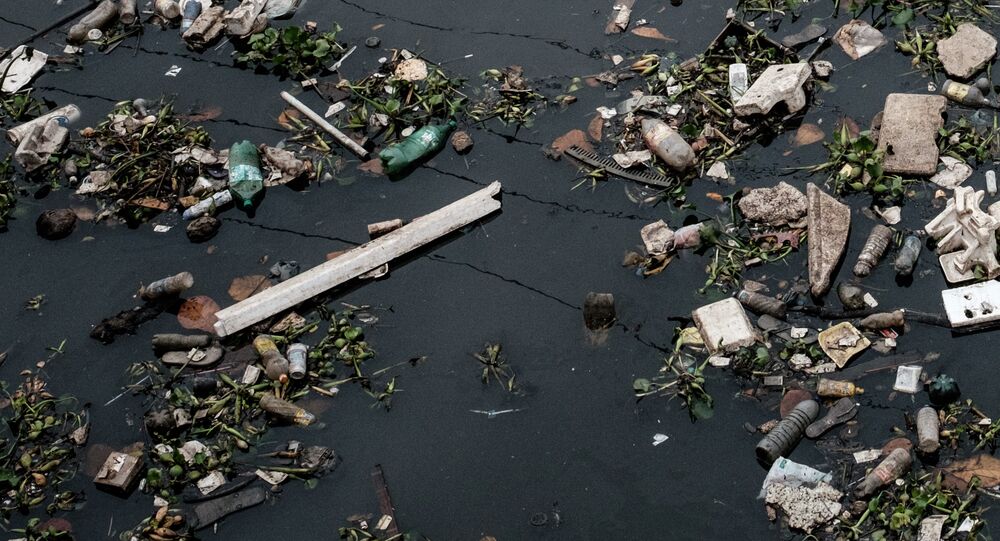 Indian scientists have developed a process by which plastic waste can be converted into petrol and diesel. The country generates 15000 tons of plastic waste every day.

© CC0
India Bans Disposable Plastic in Delhi
New Delhi (Sputnik) — The Indian government said scientists of state-owned CSIR-Indian Institute of Petroleum (IIP), Dehradun, in collaboration with oil company GAIL (India), have developed a process by which waste plastics of polyethylene and polypropylene types can be utilized.

“CSIR-Indian Institute of Chemical Technology (IICT), Hyderabad has developed a catalyst that can be used for conversion of waste plastics to fuel oils. One kilogram of waste polyethylene and polypropylene can be converted to either about 600-650 ml of petrol or 700-750 ml of diesel along with LPG,” YS Chowdary, India’s Minister of State for Science and Technology, said.

According to official figures, 27.18 grams of plastic waste is generated by an Indian per day but the country has failed to recycle more than half of t. “There are certain plants operating in foreign countries which claim to convert waste plastic into plastic oil/fuel oil/diesel. CSIR laboratories are involved in R&D of converting waste plastics into fuel oil by appropriate processes,” Chowdary added.

© AFP 2021 / FRED DUFOUR
Humans Producing Billion Tons of Plastic Waste Leaves Scientists 'Very Worried'
Germany, the US and Japan possess such green technology. Indian scientists claimed that costs of the petrol (gasoline) using green technology is half the cost of petrol generated from crude oil. However, the government did not divulge the details from when it will produce petrol and diesel at a mass level.

The present share of power generated from urban, industrial and agricultural wastes including urban soil share of these waste to energy is around 0.08% of the total installed power generation capacity in the country.

The Indian government has prepared an elaborate roadmap to achieve the goal of 10% reduction in import dependency of crude oil.