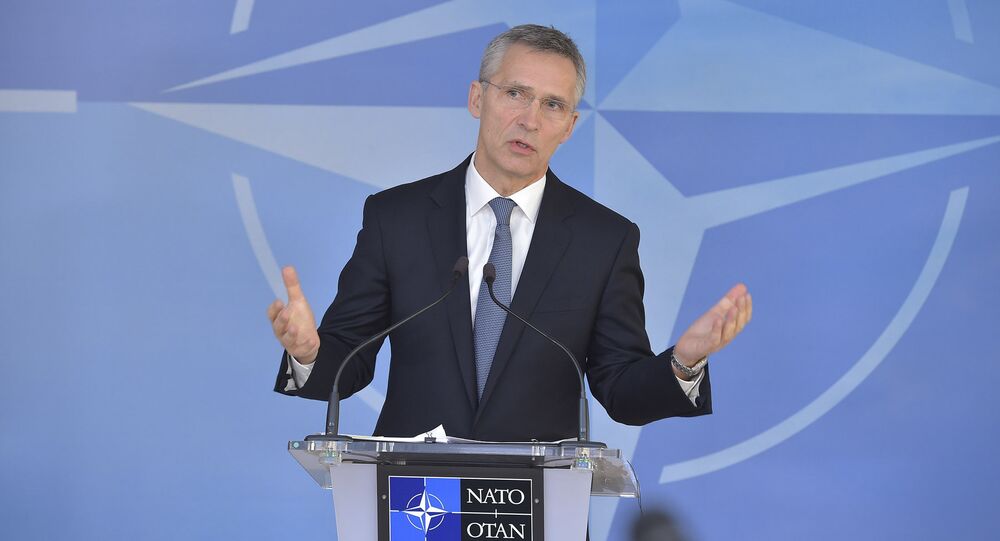 NATO Secretary General condemned on Thursday the attack on a NATO convoy in Afghanistan which claimed lives of two US soldiers.

"I strongly condemn yesterday's attack on a NATO convoy in the Kandahar province of Afghanistan, which left two US soldiers dead and four more wounded … This cowardly and brutal attack will not deter us in our mission to help the Afghan security forces stabilise their country, and prevent it from ever again becoming a safe haven for international terrorism," Stoltenberg said in a statement.

The secretary general offered his condolences to the families of the killed servicemen and wished a speedy recovery to those injured in the attack.

© Flickr / ResoluteSupportMedia
Crime Without Punishment: UK Reportedly Covers Up Killings of Innocent Afghan Civilians
On Wednesday, media reports emerged that an explosion took place in Kandahar, with the attacker targeting a security forces convoy carrying international troops. According to the TOLOnews broadcaster, the troops were heading for an airport when the attack occurred. The explosion reportedly damaged one of the vehicles in the convoy. Earlier in the day, the NATO Resolute Support Mission public affairs office confirmed this information, reporting that two NATO soldiers were killed and another four wounded.

The United States launched an anti-terrorist military operation in Afghanistan in 2001, with the NATO-led International Security Assistance Force (ISAF) contingent later deployed in the country after the UN Security Council authorized the move. The US-ISAF anti-terrorist coalition was engaged in fighting the Taliban and Al-Qaeda extremist groups, both of which are outlawed in Russia.

NATO withdrew its military contingent from Afghanistan in 2014, replacing it with a non-military Resolute Support mission. Its objective is to train, advise and assist Afghan National Defense and Security Forces in preserving peace and stability in the country. However, in 2015, Islamic State terrorist group (IS, outlawed in Russia) expanded its presence in Afghanistan, destabilizing the situation there.